Rob Reiner drops hammer on Trump: 'He'd rather have a military parade than defend' democracy from Russia 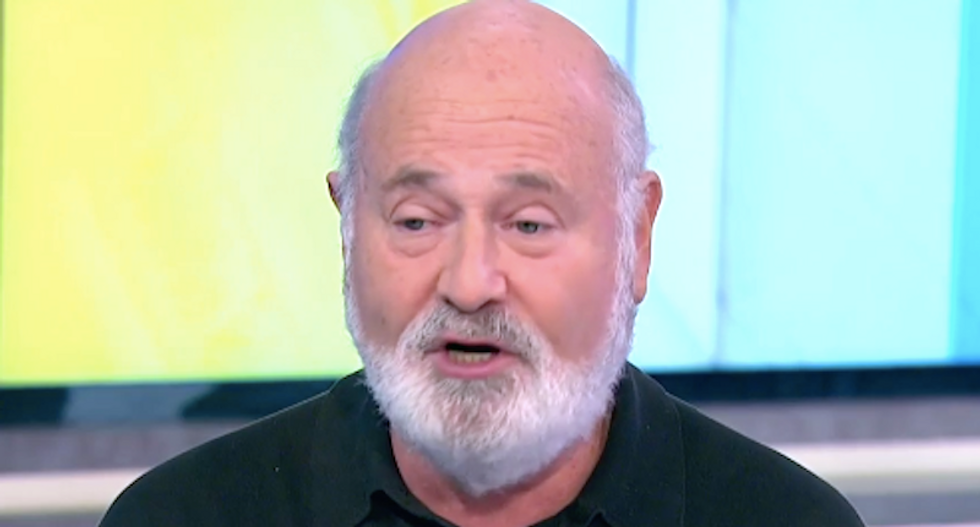 Film director Rob Reiner is trying to sound the alarm about Russia's interference in American democracy -- and he's enlisted the help of two veterans of national security.

"The Russians did invade our country, they did try to disrupt our democracy and right now we're not doing anything," said Reiner, who has formed the Committee to Investigate Russia with former Bush speechwriter David Frum.

"The president of the United States has ignored it," Reiner added, "and he'd rather have a military parade than actually defend us and protect us and make us more secure. So it is very scary, and when you have guys like this speaking out, it is time to sit up and take notice."

Reiner said Clapper and Brennan had a combined 90 years of experience in national security, and he said Americans should pay attention to their warnings.

"I don't recall anything that gave me viscerally in the pit of my stomach a more uncomfortable, uneasy feeling than when I realized what the Russians were doing," Clapper says in the video.

The two former officials said those efforts were far more aggressive than previous efforts to influence elections in other countries -- and they warned that President Donald Trump left the U.S. vulnerable to inevitable future attempts.

"As long as the occupant of the Oval Office continues to refute the unanimous assessment of CIA,FBI and NSA about what they did, it undercuts any effort to deal with it strategically and thoughtfully," Brennan said.

Co-host Mika Brzezinski said her late father, who served as national security adviser in the Carter administration, shared the same reaction to Russian meddling as Clapper did in the interview.

"These are people who are deeply immersed in confidential conversations pertaining to global stability, and they have a feeling of unease," she said. "It sends a shiver down my spine."