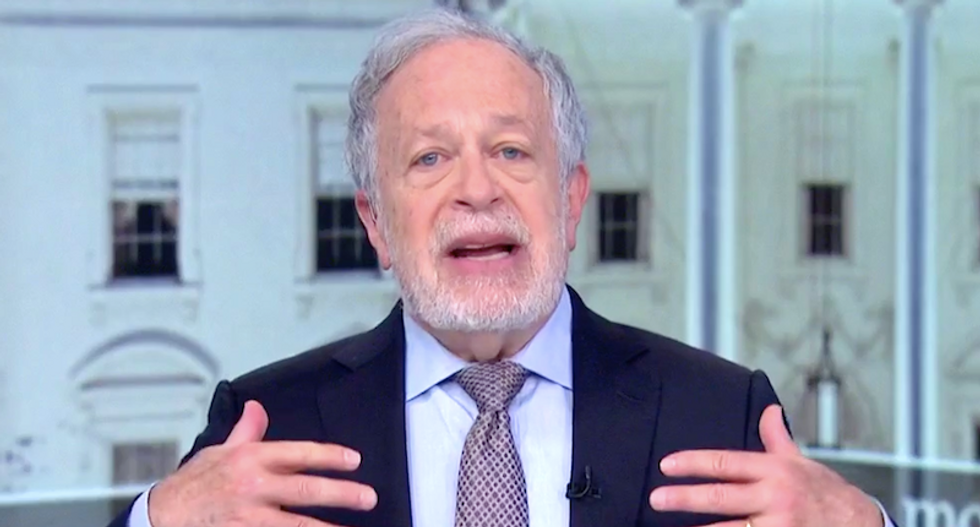 Robert Reich said the loss of trust in democratic institutions is directly related to wealth inequality -- and the rise of Donald Trump.

The University of California at Berkeley professor and former secretary of labor appeared Wednesday on MSNBC's "Morning Joe," where he said public trust has eroded across western democracies as wealth grows increasingly concentrated in the hands of a few.

"When you get a certain degree of income inequality and wealth inequality, a lot of people feel with justification that the game is rigged against them," Reich said. "What we saw, whether it's Brexit or we saw in this country in terms of 2016 with the emergence on the right of Donald Trump and left of Bernie Sanders, there is in America still today and certainly in Europe and around much of the globe, a sense that what might be called the governing class, the people who are in charge, really have failed the rest of the population, that our democracies are overrun by money and rigged it for themselves."

Reich said Trump was a symptom of this erosion, and not the cause, although he placed some blame for his election win on Hillary Clinton, whose husband he served as a cabinet official in the 1990s.

"I think that Hillary Clinton was not the best candidate, (and) in many respects she was a terrible candidate," Reich said. "But also Donald Trump is, I think he is not the cause, he's the consequence of this multiyear, many-decade decline in a sense of common good. I mean, the Constitution was created for we the people and coming together to form more perfect union, not for I the selfish jerk trying to make as much money and power as possible."