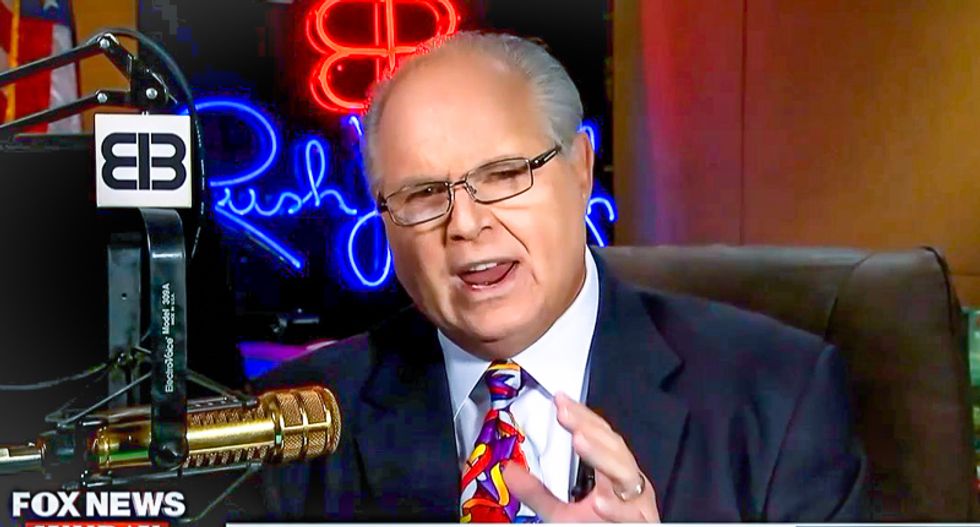 Radio host Rush Limbaugh attacked a group of students from Marjory Stoneman Douglas High School in Parkland, Florida for organizing marches after 17 were killed in a mass shooting at their school.

While speaking to Fox News Sunday, Limbaugh was asked by host Chris Wallace if a planned march by students could get lawmakers to act to prevent school shootings.

"Chris, I have to ask if anybody is really serious about solving this because none of this -- by the way, I couldn't care less about the gun angle of this," Limbaugh replied, referring to a group of students from Parkland that Wallace had just spoken to. "None of this is going to solve -- prayers and condolences don't solve it and marches aren't going to solve it. Chris, the next shooter is out there."

Wallace also wondered if it was fair to blame the FBI and local law enforcement for missing the signs that the shooter exhibited "erratic behavior."

"I could be snarky and I could say maybe the FBI should stop trying to find every case of sexual harassment in the White House and maybe they ought to give up on this ridiculous pursuit the Russians colluded with Trump in the election," Limbaugh suggested. "You know, we're told, well, we can't do anything until the crime has been committed. That's what has to change and is going to take some really smart people to figure how to do that without violating civil liberties and the Fourth Amendment and so forth. But it's clear that the way we deal with this now -- this, Chris, this is totally political."

Limbaugh disputed the notion that the group of students from Parkland that Wallace had just interviewed are "taking politics out of this."

"The minute they bash the NRA, it's politics," the conservative talker asserted.

"But to buy an AR-15, a semiautomatic rifle, you can be 18 years old and the background check takes just minutes," Wallace noted. "Question, is that sensible?"

"It may not be sensible. I don't know," Limbaugh replied, deflecting the question. "My point is, that's not