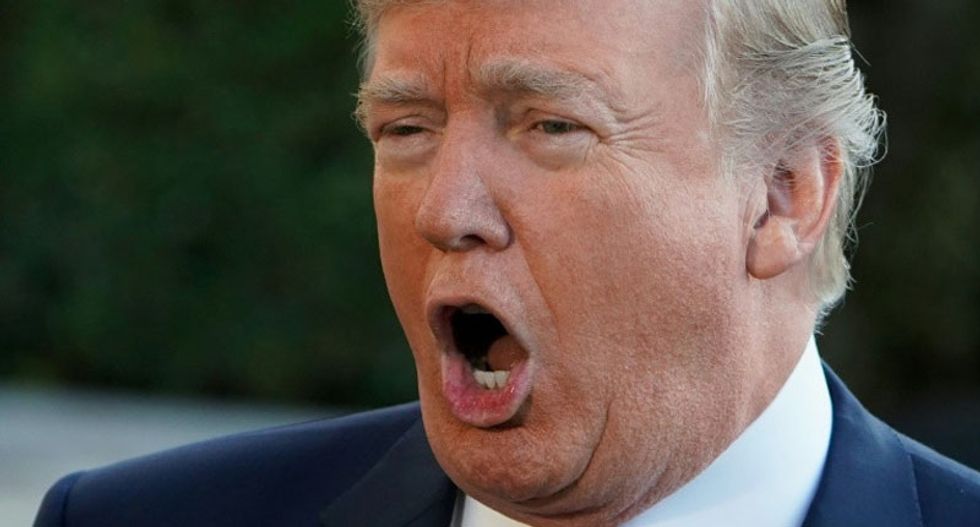 President Donald Trump on Friday expressed regret that former staff secretary Rob Porter resigned -- and didn't once mention anything about the two former wives who claimed that he regularly beat them.

After inviting reporters to the White House so that he could make a statement on Porter's resignation, Trump began by saying that "we wish him well" and that "he worked very hard." The president then went on to talk about how hard it was for Porter to leave his job at the White House.

"It's obviously a tough time for him," he said. "He did a good job when he was in the White House, and we hope he has a wonderful career."

Trump then went on to remind reporters that Porter is denying all allegations made against him.

"He says he's innocent," Trump explained. "You have to remember that. He said very strongly yesterday that he's innocent."

Porter resigned earlier this week when photos emerged showing injuries suffered by his two ex-wives who both claimed to have been physically abused by Porter. At no point in his remarks did Trump mention the alleged abuses suffered by either of them.

BREAKING: "We wish him well. He worked very hard," President Trump says in defense of resigning White House staff secretary Rob Porter, who faces domestic abuse allegations, adding that Porter did "good job" while he was in the White House. pic.twitter.com/wbhUy0egGm