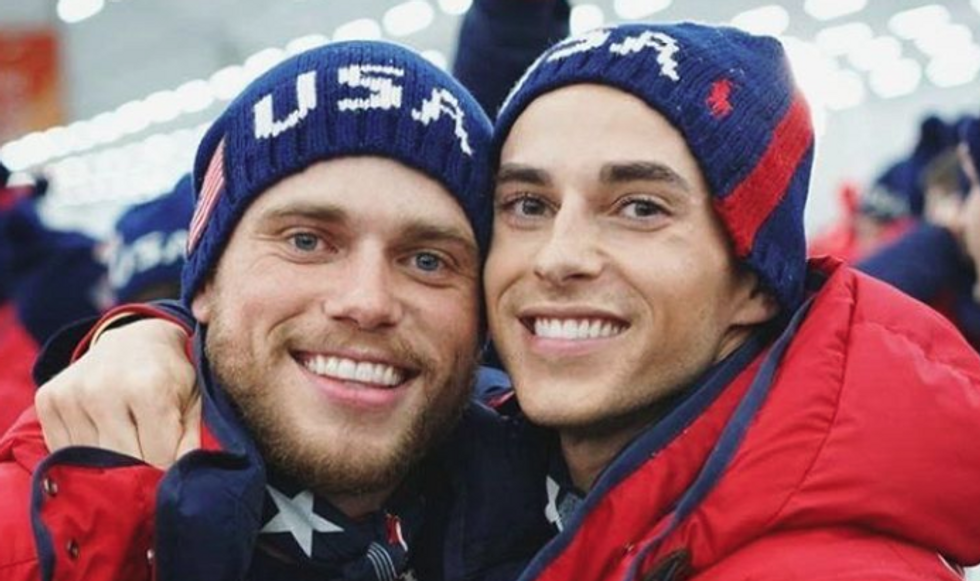 Athletes from Western nations have various protections, and many now share equal rights in most aspects of the law. But when they travel to compete in countries with regressive human rights records, these protections can be lost.

Australia competed at the 2014 Winter Olympics and the 2017 FIFA Confederations Cup, both of which were held in Russia. It will again send a team to Russia to play in this year’s FIFA World Cup and aims to compete in the 2022 edition in Qatar. Both countries have poor human rights records, particularly on LGBTI+ issues.

Australia has finally achieved marriage equality, but there's a lot more to be done on LGBTI rights

LGBTI+ rights and the Winter Olympics

Sochi became a platform for LGBTI+ rights when Western activists called for a boycott based on several human rights concerns. Their resistance increased in direct response to the implementation of laws in Russia outlawing sexual minorities.

Principle 4 of the Fundamental Principles of Olympism was often referred to amid concerns for the safety of LGBTI+ athletes at Sochi:

The practice of sport is a human right. Every individual must have the possibility of practising sport, without discrimination of any kind and in the Olympic spirit, which requires mutual understanding with a spirit of friendship, solidarity and fair play.

Athlete activists have begun to challenge the hosting of mega sporting events in countries like Russia that ignore human rights and reinforce systems of oppression. But what has really changed since Sochi for Olympians?

Sport, Sochi and the rising challenge of the activist athlete

This year a country with a questionable stance on LGBTI+ rights is again hosting the Winter Olympics. South Korea scores only 13% on the Rainbow Index, which measures the impacts of a country’s laws and policies on the lives of LGBTI+ people. This is only a marginally better score than Russia’s 8%.

Australia is taking 51 athletes to compete in South Korea, with two openly gay women on the team. One, Belle Brockhoff, has criticised the anti-LGBTI+ laws in host countries. She joined 26 other athletes who signed a letter opposing Kazakhstan’s bid to host the 2022 Winter Olympics due to its anti-LGBTI+ policies.

However, it is not only host nations that can be called to account for their poor LGBTI+ records. Adam Rippon, an openly gay figure skater who has won bronze in Pyeongchang, recently said he did not want to meet Vice President Mike Pence as part of an official reception for the US team. Rippon argued the Trump administration does not “represent the values that [he] was taught growing up”.

A Fox News executive has criticised the inclusion of “African-Americans, Asians and openly gay athletes” in the US team. He claimed that “Darker, Gayer, Different” was now a more suitable Olympic motto than “Faster, Higher, Stronger”.

Current evidence suggests that anti-LGBTI+ discrimination is rising. Stonewall, the UK’s leading LGBTI+ charity, reports hate crimes toward the LGBTI+ community have increased: one in five LGBTI+ people have experienced a hate crime due to their sexual orientation or gender identity in the last year.

In the US, Donald Trump tried to ban transgender people from serving in the military. Several states have attempted to pass laws to restrict access to bathrooms for people who are trans or gender-diverse. 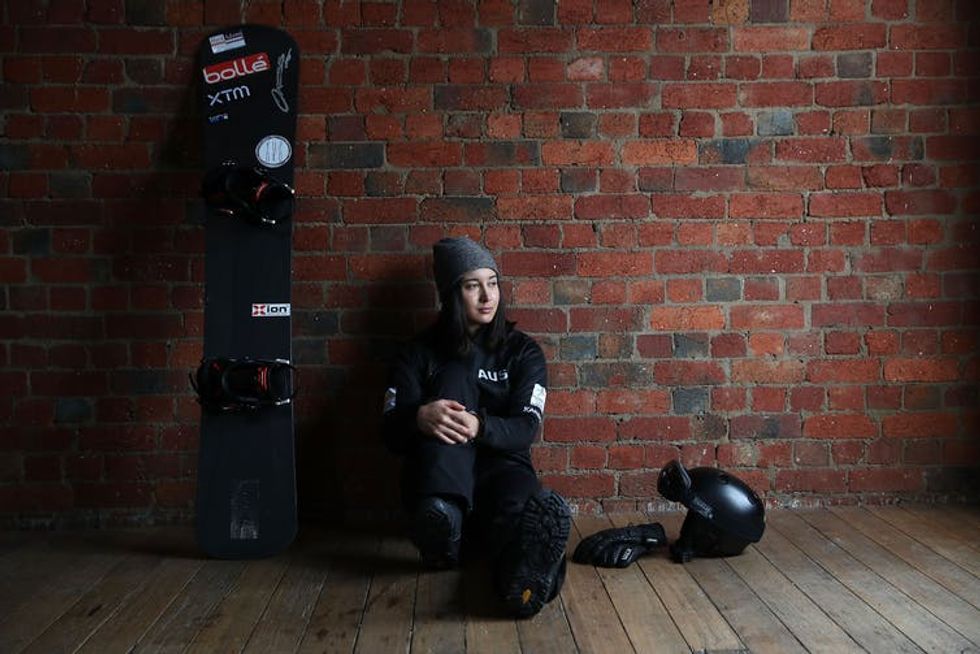 An increasing number of athletes now openly demonstrate their sexual orientation, but many acknowledge it leaves them open to homophobic abuse – especially on social media platforms.

American Olympic skier Gus Kenworthy referred to social media as a space that serves to reinforce the presence of casual and aggressive homophobia. British Olympian Tom Bosworth said he believed fear of abuse on social media could be preventing athletes from coming out.

Mega sporting events can be problematic for LGBTI+ athletes as many may not be “out” and there can be serious implications if they were to do so.

The safety and welfare of LGBTI+ athletes made headlines when a journalist went undercover in the athletes’ village at the 2016 Rio Olympics to identify out or closeted athletes. Several athletes who were identified were from countries where being gay is criminalised or even punishable by death.

Sport is responding at a notably slow pace to the advancement of LGBTI+ human rights.

Major sporting codes have shown they are not ready to tackle trans and gender diversity. For example, the Australian Football League recently banned transgender player Hannah Mouncey from joining its women’s competition.

By excluding Hannah Mouncey, the AFL's inclusion policy has failed a key test

There is still much work to be done around athletes with intersex variations, sex testing in elite-level competition, and transgender and transitioned athletes. 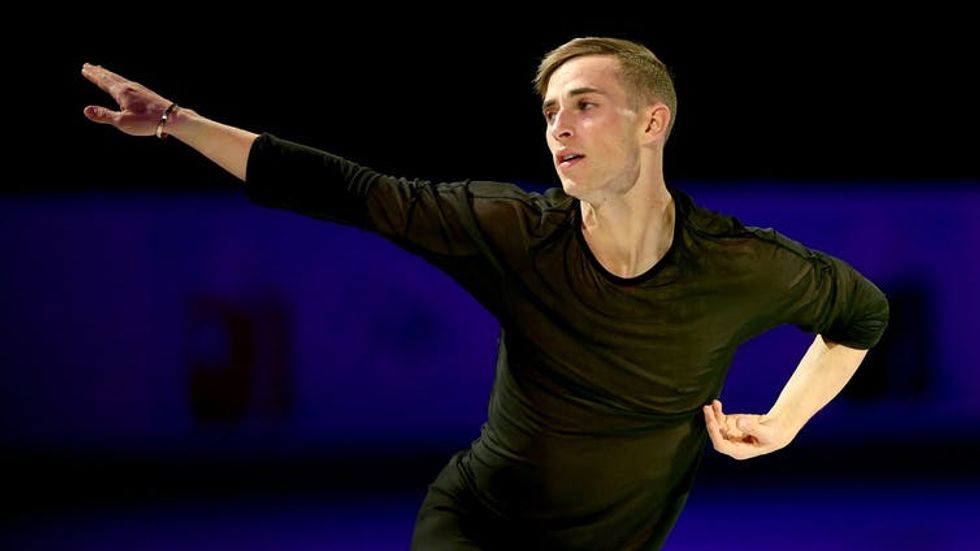 Ice skater Adam Rippon said he did want to meet US Vice President Mike Pence due to the Trump administration’s record on LGBTI+ rights.

Hope for the future?

One particular social inclusion legacy to come from a mega sporting event is Pride House International. This initiative provides a safe space for the LGBTI+ community to engage with a sporting event.

In addition, the Principle 6 campaign, launched in response to Russia’s anti-LGBT laws, led to the expansion of that particular part of the Olympic Charter to include sexual orientation as something sport should be free from discrimination on.

It will be interesting to see whether the 2018 Winter Olympics can contribute to the advancement of LGBTI+ rights within South Korea and beyond. However, more scrutiny must be directed to the human rights records of potential host nations when awarding mega sporting events.