Stephanie Ruhle burns Trump's 'great people' to the ground: 'Where’s he going to visit them? In jail?' 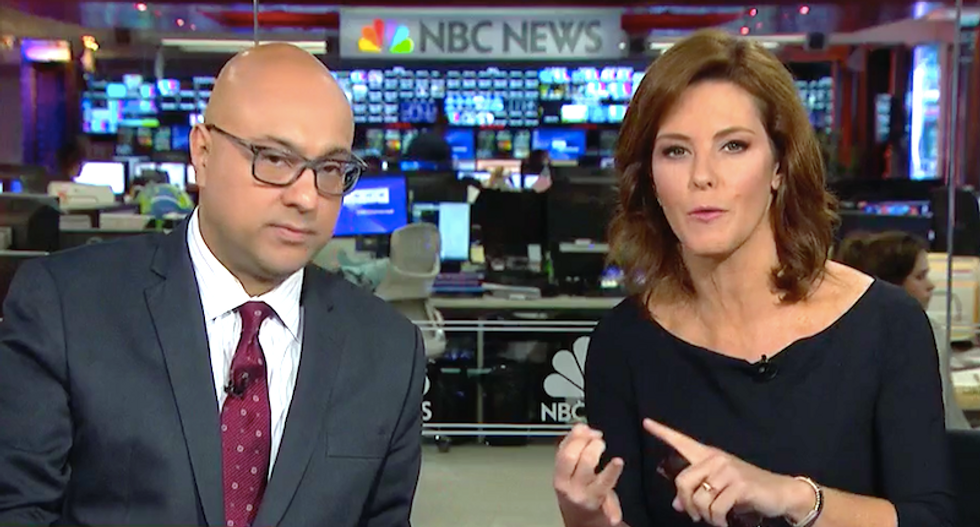 MSNBC's Stephanie Ruhle pointed out the irony of CPAC attendees punctuating President Donald Trump's speech with "lock her up" chants as another one of his campaign aides pleads guilty to federal charges.

The co-hosts of "Velshi and Ruhle" panned the president's speech as dishonest and "meandering," and they pointed out Trump never addressed some of the breaking news surrounding his presidency.

“By our executive producer’s conservative count, he touched on at least 31 different topics in this speech,” said co-host Ali Velshi. “None of which were Russia, by the way -- Russia didn’t come up.”

Ruhle reminded viewers that 13 Russians were indicted last Friday in connection with election interference, but Trump tried to change the subject.

“If the White House is watching, I would like to ask you," she said. "The president said over and over about these great trade deals that this administration is renegotiating. Please, let us know what they are.”

Velshi said the president's speech was "sprawling" and filled with dishonest statements.

“It was lie, to new topic, to another lie,” Velshi said. “I don’t understand how this audience continues to fall for this.”

Ruhle noted the irony of CPAC attendees calling for Trump's election opponent to be jailed, hours before his campaign deputy chairman is set to plead guilty to conspiring against the United States and lying to federal investigators.

“You’ve got a president up there continuing to go after his former political opponent from over a year ago, calling her a crook," Ruhle said. "Look at all that’s around him -- Paul Manafort, Rick Gates, Mike Flynn, George Papadopoulos. I remember when Anthony Scaramucci sat across from me and said: The president has great judgment and picks great people. Great people? Where’s he going to visit them? In jail?”