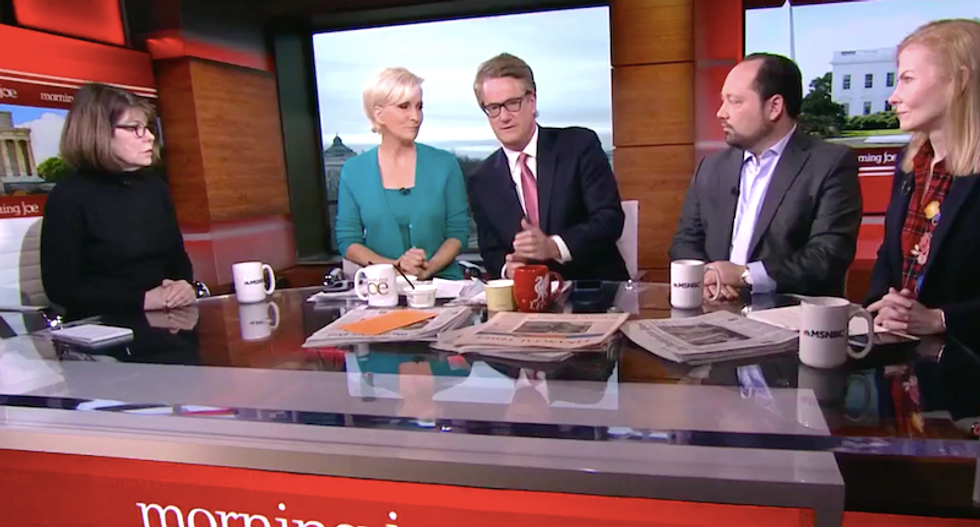 The NRA blamed the "mainstream media" for encouraging gun violence by interviewing the survivors of the latest school massacre -- and MSNBC's Joe Scarborough said the group's leadership should be held liable when a reporter was inevitably harmed.

"It would be too easy to look at the people in front of the cameras and focus your anger and disgust at them," Scarborough told his astonished guests afterward. "You should instead focus on Wayne LaPierre and focus on the financiers who are making money off every mass tragedy when gun sales skyrocket. It's just too simple to look at those people and say, 'My god.' They're doing Wayne LaPierre's bidding, they're doing the NRA D.C. lobbyist bidding, and those people are doing the bidding of financiers, extraordinarily wealthy people, who are making money off of these tragedies to sell more military-style guns."

He said both ads seem to be an "incitement to violence" against journalists.

"If somebody gets killed, that's going to be exhibit one in court, and they're going to be -- and Wayne LaPierre is going to be held liable," Scarborough said, "and the multimillionaires or the billionaires that they're doing the bidding for."

The other panelists had not seen the two ads in their entirety before, and they expressed shock at their dark and threatening tone -- but one guest said the NRA's quick response to the backlash after this shooting showed something had changed.

"It's quite shocking," said Daily Beast columnist Margaret Carlson. "What that shows me is -- the NRA usually goes to ground after a mass shooting and goes silent, but they're scared this time, or that ad wouldn't be out there. I think it shows maybe they see a difference, maybe the young people are going to have this as their one issue -- and if they do, they will be a force against the NRA."