Trump ally says John Kelly treats president 'like a mushroom': 'Keeps him in the dark and feeds him sh*t' 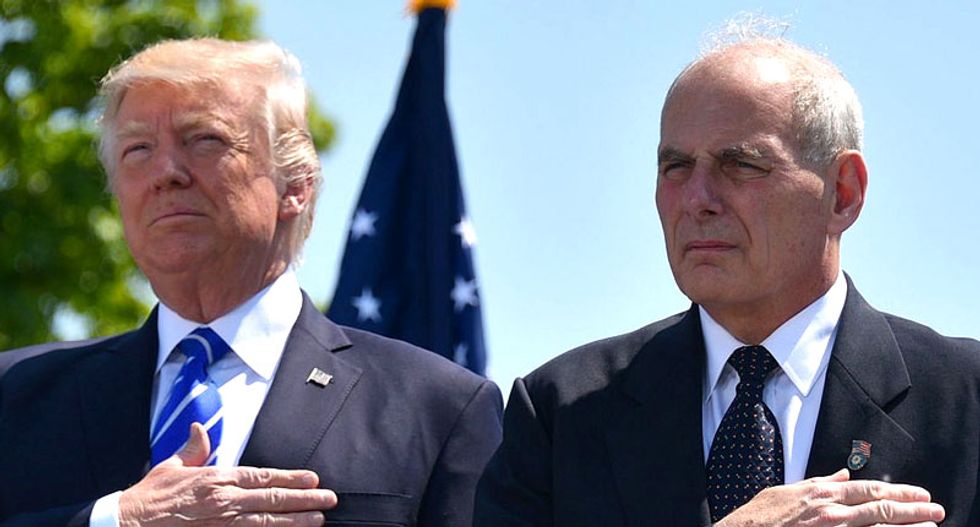 Rumblings that President Donald Trump is unhappy with Chief of Staff John Kelly are bubbling up to the surface again, and sources tell Vanity Fair's Gabriel Sherman that First Daughter Ivanka Trump is among those pushing Trump to move on from the retired general.

According to Sherman's sources, Ivanka believes that the president needs to have trusted aides on whom he can rely to put his interests first. Kelly, in Ivanka's view, has done too much to restrict Trump's access to outside information and advice.

"It’s like Kelly views Trump as a mushroom," explained a Republican described as "close to" the White House by Sherman. "He wants to keep him in the dark and feed him a bunch of shit."

Who would replace Kelly as chief of staff? According to Sherman, the president is longing to get his old aides who worked on the early portion of his presidential campaign back in the fold, including former communications director Jason Miller and manager Corey Lewandowski.

However, Sherman says that Miller is reluctant to take on a public sector job because he needs the high income of his private sector gig to make child support payments to A.J. Delgado, the former Trump campaign staffer whom he impregnated in 2016 and who gave birth to their child last summer. Miller is married to another woman.

What's more, Ivanka Trump was reportedly one of the driving forces behind getting Trump to fire Lewandowski as campaign manager in 2016, which means she would be unlikely to sanction him working at the White House.