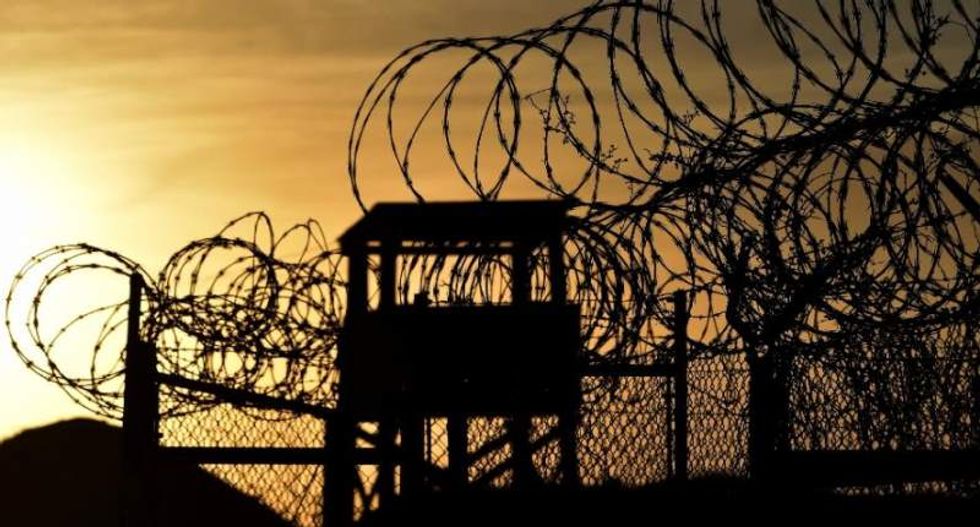 Photo made during an escorted visit and reviewed by the US military shows the razor wire-topped fence and watch tower at the abandoned "Camp X-Ray" detention facility at the US Naval Station in Guantanamo Bay, Cuba. Photo by Mladen Antonov for Agence France-Presse.

No one has escaped Guantanamo Bay's detention center in the fifteen years that it has been open, but the Pentagon wants to dramatically increase the budget for the top secret prison.

According to the Miami Herald, the Pentagon is asking for $69 million to house the 15 former CIA captives. That comes out to $4.6 million per prisoner. It is part of the 2019 Defense Department budget released this week and it warns "Prison Camp 7" is at risk of "mechanical, electrical and secure-communications failure." It would make the jobs of the U.S. Army guards "risky."

Their proposal called Gitmo the “maximum-security detention facility” that should last for 40 years. They are also asking for a confidential, "legal visitation area." Presumably for the rest of the detainees seeking legal action to be released.

According to The Herald, the proposal doesn't include details such as the number of cells but it did say the facility “will be available for use by other components.” There was no explanation why.

Trump signed an executive order to keep the prison open in January.