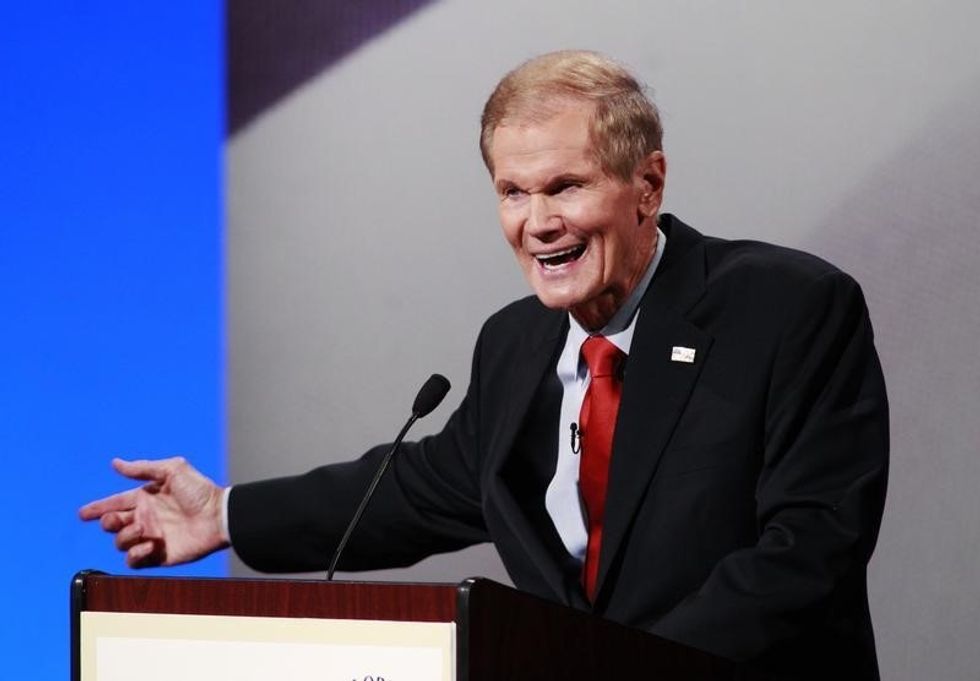 Sen. Bill Nelson, Florida's only Democratic senator, was excluded from a "bipartisan" meeting on gun laws at the White House even though the massacre at Marjory Stoneman Douglas High School occurred in his state.

The Wall Street Journal reported that President Donald Trump had scheduled a bipartisan meeting to talk about gun legislation on Wednesday.

"An effort to tighten the national background-check system for gun sales bogged down on Capitol Hill Tuesday, but lawmakers held out hope that bipartisan negotiations, including a White House meeting on Wednesday, could spur legislative action in response to recent mass shootings," the Journal noted.

But according to The Tampa Bay Times, Nelson office confirmed this week that he was snubbed from the meeting. Republican Sen. Marco Rubio and other Florida lawmakers were invited to the event.

The Tampa Bay Times also pointed out that it wasn't the first time that Trump has excluded Nelson from bipartisan meetings to do with his state.

"When Trump visited Fort Myers after Hurricane Irma, Nelson was not part of the tour, attended by a large group of Florida politicians. An invite did come but it was late, Nelson said, and he was on his way to North Florida to survey damage there," the paper reported.