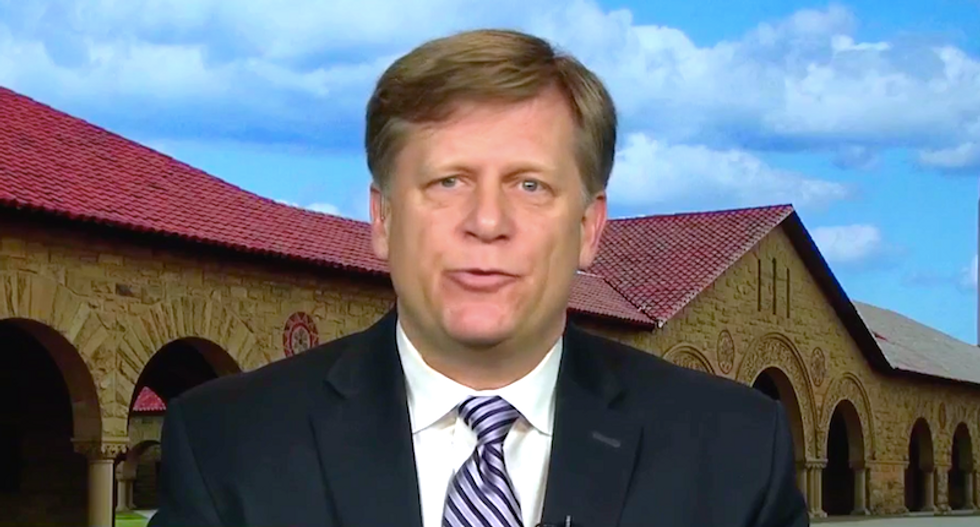 The former U.S. ambassador to Russia blamed President Donald Trump's insecurity for his refusal to hold the Kremlin accountable for election interference.

Mike McFaul, the top U.S. diplomat in Russia under former President Barack Obama, said he had been trying to sound the alarm for years about the Kremlin's attempts to undermine American democracy -- and he said intelligence and law enforcement agencies shared his concerns.

"It has been obvious for a long time what the Russians have been doing in terms of violating our sovereignty during elections," McFaul told MSNBC's Andrea Mitchell.

Despite the near-universal agreement that Russia had meddled in the 2016 election and planned to do so again, Trump has not taken any action -- and has even refused to enforce sanctions impose by Congress.

"You know, the only explanation I have is that the president thinks that by admitting the diagnostics about what Russia is doing, it will undermine the legitimacy of his election back in 2016," McFaul said. "Because of that tension, he refuses to treat this as a national security threat. It's not a Republican or Democratic threat, it's a national security threat, and I think it is because of that he refuses to talk about it in a serious way."