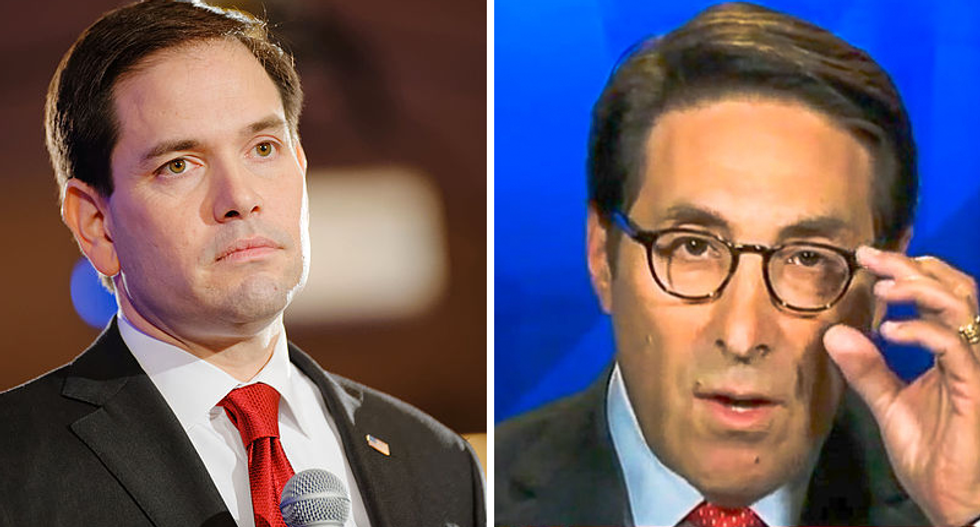 "Has had zero impact on our work,” Rubio insisted.

That comment drew the attention of Sekulow, who ranted against Rubio and Senate Intelligence Committee Chairman Sen. Richard Burr (R-NC) in an interview with Politico on Friday.

"Republicans are covering for him,” Sekulow insisted, calling Rubio and Burr’s responses to the texts “weak.”

Sekulow’s comments may hint to the White House’s mounting defense of Trump amid multiple, ongoing investigations into Russian influence in the 2016 presidential election and collusion with the Trump campaign. The president himself seemed to prove an attack on Warner is on-deck, tweeting Thursday:

Wow! -Senator Mark Warner got caught having extensive contact with a lobbyist for a Russian oligarch. Warner did no… https://t.co/N5SoaLnllm
— Donald J. Trump (@Donald J. Trump) 1518146573.0