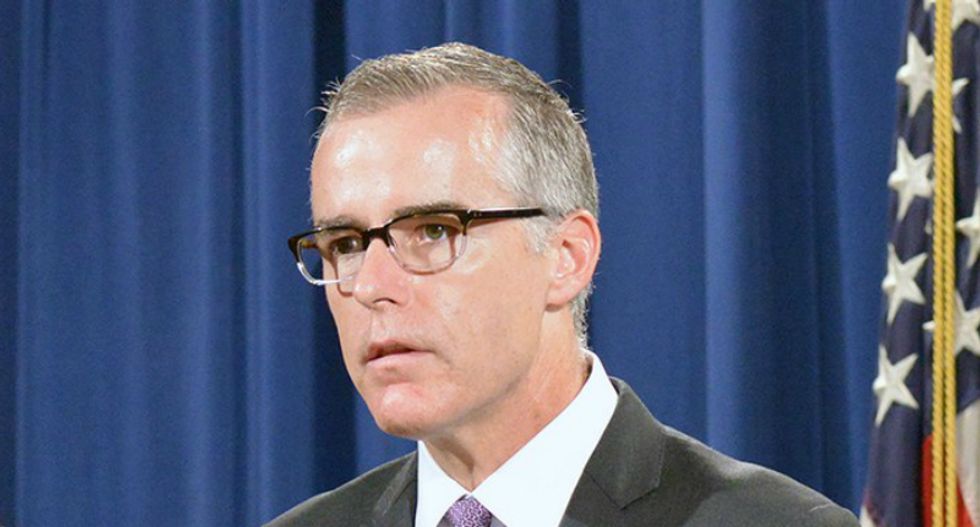 Two more FBI officials cited in the declassified text messages between bureau employees Lisa Page and Peter Strzok resigned from their posts on Thursday, bringing the total of employees mentioned in the texts that are no longer in their original positions up to seven.

Both men were mentioned by Page, and FBI lawyer, and Strzok, an agent formerly assigned to special counsel Robert Mueller's probe into ties between President Donald Trump and the Russian government.

The two employees, who were at the time engaged in an extramarital affair, are one of the cornerstones of the GOP's supposed "evidence" of anti-Trump bias within the DOJ and FBI due to discussions of their personal political opinions as well as their work on the bureau's investigation into Hillary Clinton's private email server during her time as secretary of state.

Kortan, Politico noted, "has told colleagues for months or longer that he was on the verge of retirement." Laufman's resignation for personal reasons, on the other hand, was reportedly more surprising. Both were mentioned in a negative light in the messages between Page and Strzok.

"Kortan majorly screwed up,” one April 2016 text from Page read.

"I am getting aggravated at Laufman,” Strzok said in a March 2016 message.

Along with Strzok, who was fired from his position with Mueller's office last year after his animus for Trump became known to the bureau, the list of employees mentioned in the texts who have resigned or been fired includes former FBI director James Comey, whose firing by the president triggered the special counsel investigation and former Deputy Director Andrew McCabe, who retired early to much fanfare last month.