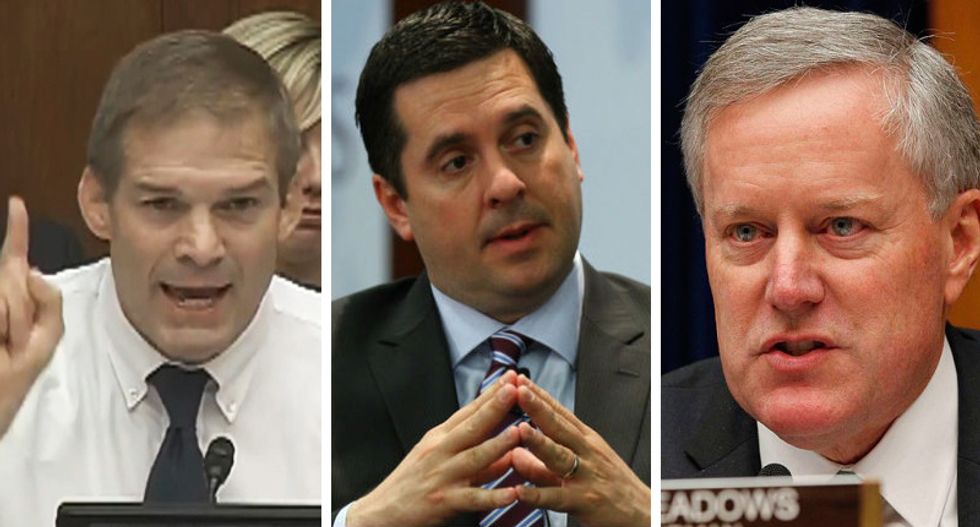 The comments came shortly after two House Freedom Caucus Republicans, Rep. Jim Jordan (R-OH) and Rep. Mark Meadows (R-NC) penned an essay for the Washington Examiner calling for Attorney General Jeff Sessions to resign. As Business Insider’s Natasha Bertrand points out, that move would clear the way for Trump to appoint an attorney general who has not recused himself for the Russia investigation and could therefor shut down Mueller’s probe.

The demand from Jordan and Meadows follows relentless efforts by Trump loyalists—including Reps Devin Nunes (R-CA), Matt Gaetz (R-FL) and Ron DeSantis (R-FL), among others—who’ve been working to publicly undermine Mueller, the Department of Justice and the FBI. Trump himself has derided the Russia investigation since its onset.

“Whenever you have someone trying to jeopardize the integrity of our judicial system, that’s something that needs to be condemned,” Cohen told CNN.

“When I see what is taking place in terms of the attacks on Bob Mueller, when I see we’re trying to shut down and destroy the attempt to bring this to the surface, I’m concerned about it,” he continued.

“If member of Congress are trying to use their office in order to shut down an investigation, why aren’t they just as complicit in the activities?” he asked.

Cohen said he’s “concerned” about the GOP’s actions on behalf of the president, imploring his fellow Republicans “to stand up.”

“I know that they took an oath to defend this country,” he said. “I want them to defend it against all enemies domestic and international and foreign, and I want them to stand up and say, ‘Find out what’s the truth here.’”

Former Defense Secretary William Cohen condemns "dangerous" attacks on Mueller: The country "looks like a house of shards. All these pieces are cutting against the grain of governance in this country" https://t.co/cjSchpC5kz https://t.co/6xJLtyo1Fu