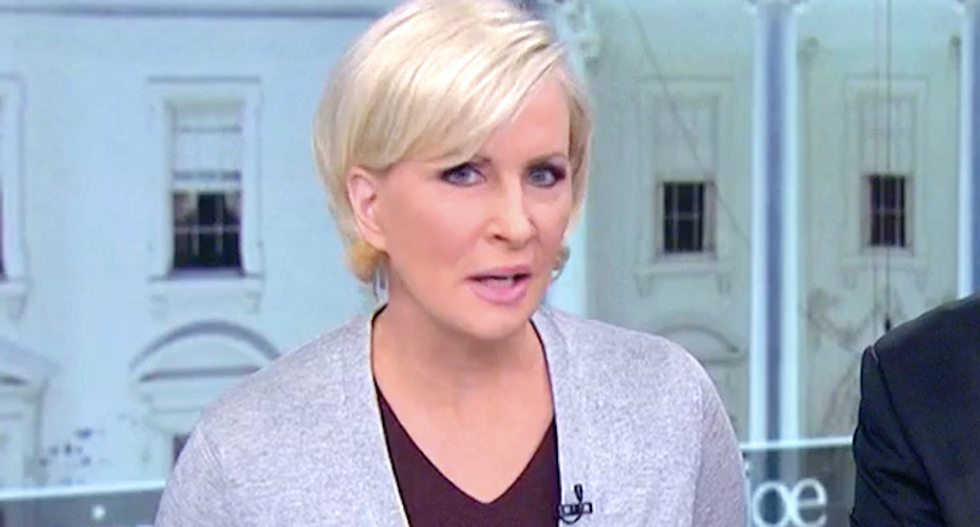 MSNBC's Mika Brzezinski slammed Melania Trump and Ivanka Trump for looking the other way at President Donald Trump's moral failings to lecture others.

Ivanka Trump serves a dual role as White House adviser and the president's daughter, and she has reportedly sparked resentment among colleagues for switching between the roles to suit her situational needs -- such as when she scolded a reporter for asking about her father's alleged sexual misconduct.

"It's not like she's transportation secretary, she came in there to fight for women," the "Morning Joe" co-host said. "(If) she can't handle a question like that, the whole thing is clearly a joke, an utter joke -- just like Melania's role on cyberbullying, which an insult to women."

Brzezinski and co-host Joe Scarborough marveled over Melania's comments on online bullying, when her husband is the world's most prominent cyberbully -- launching personal attacks from his Twitter feed against lawmakers, celebrities and private citizens who have criticized him.

"When you have her husband saying that a New York senator," Scarborough said, "actually implying that the New York senator would be willing to do sexual favors for campaign donations, and a thousand other attacks against women, you -- and other people on Twitter, people that he considers weaker than him, that's cyberbullying."

Brzezinski said the White House's roles for both women were insulting.

"More insulting to women, these women have been given fake jobs," she said.