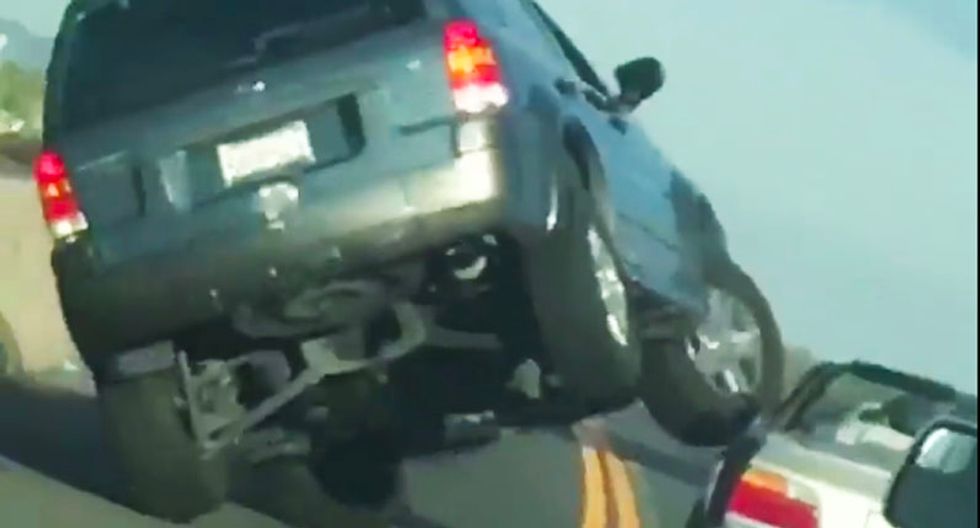 A California man was taken into custody and another could face misdemeanor charges after a viral video showed a road rage incident that resulted in a vehicle flipping on the freeway Thursday afternoon, the LA Times is reporting

According to a California Highway Patrol report, the incident was regarded as a collision until a Facebook video went viral, showing an altercation between two motorists during a traffic jam.

In the mobile phone video, a man standing on the shoulder appeared to spit at the driver inside the other vehicle before walking back to his BMW.

The driver of the SUV is then seen sideswiping the BMW before hitting the barrier and flipping on its side as the BMW pulled away.

Investigators were able to use the license plate seen on the video to track down the driver, who was unidentified, and are seeking the driver of the BMW.