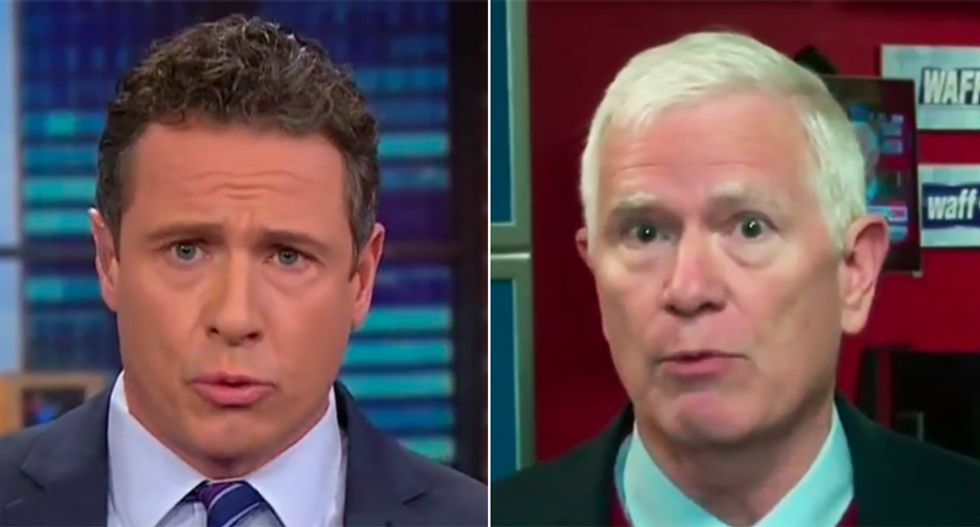 Speaking with host Chris Cuomo, Brooks tried to dismiss the spousal abuse allegations against former Trump staffer Robert Porter -- despite photographic evidence -- by citing the Duke University lacrosse rape case that turned out to be false.

"All too often there’s a rush to judgment," Brooks stated. "I’m a graduate of Duke University. I remember very well that Duke lacrosse team."

"I don't understand the parallels to the current situation," host Cuomo parried. "If somebody comes to you, Mo, and says, 'this woman got a black eye. There is an order of protection,  and there is another woman who echoes the same kind of sentiments about this situation,' that's not nothing."

"I'm not talking about someone just coming forward and saying, 'I don't like the way Mo Brooks is treating me at the office,' and has nothing else to support it," Cuomo continued. "This was real. And it was ignored to support somebody that the White House liked."

After a long pause, Brooks replied, "Chris, to me, this is sort of soap opera news, I'm not in a position---"

"I haven't looked at the evidence," Brooks demurred. "I haven't talked to a single witness that has personal knowledge. And I really much prefer, if I'm going to be on your show, to talk about public policy. When you talk about personal matters or what’s going on behind closed doors in a marital relationship, that I know nothing about, I’m just not comfortable commenting on that."