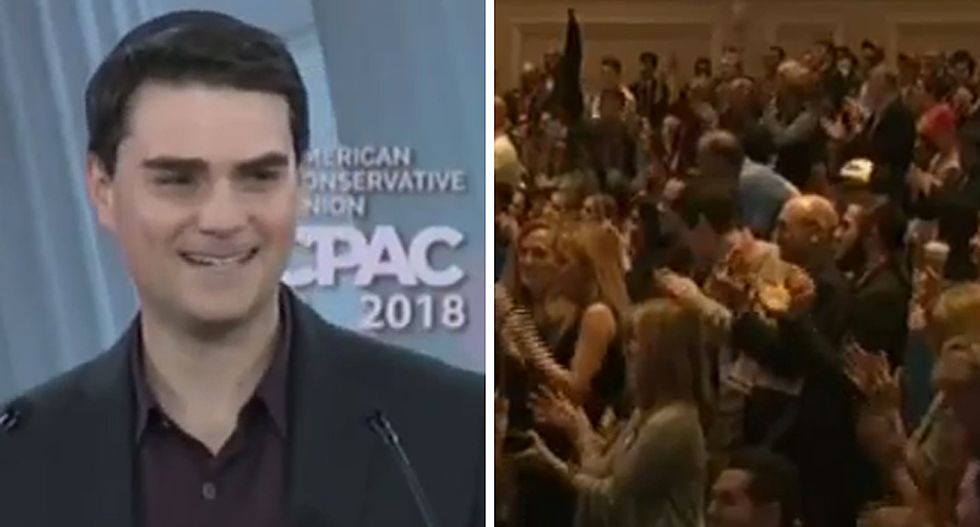 Attendees at the Conservative Political Action Conference on Thursday erupted into familiar chants of “lock her up” after speaker Ben Shapiro invoked Hillary Clinton’s name as he addressed the room.

“Most of all, President Trump brought us one really fantastic thing,” Shapiro told the crowd. “Hillary Clinton is never, and will never be, President of the United States.”

We've reached the "lock her up" portion of CPAC pic.twitter.com/H0tYM40LYF

After the crowd broke into the oft-repeated refrain that became the unofficial slogan of Donald Trump’s campaign in 2016, Shapiro asked, “Why bother?”

“She’s already in a jail of her own making, somewhere in the woods of upstate New York,” he sneered.

Trump has been back-and-forth in his desire to imprison Hillary Clinton over a variety of crimes he claims she’s committed. In October 2016, he took to Twitter to promise, “f I win-I am going to instruct my AG to get a special prosecutor to look into [Clinton’s] situation bc there's never been anything like your lies.”

If I win-I am going to instruct my AG to get a special prosecutor to look into your situation bc there's never been anything like your lies.
— Donald J. Trump (@Donald J. Trump)1476062824.0

After winning the election, Trump reneged on his pledge to prosecute Clinton, claiming it’s “just not something that I feel very strongly about.” Still, the president has invoked Clinton’s alleged crimes intermittently throughout his presidency and even accused his Attorney General Jeff Sessions of taking a “very weak” position on his former Democratic opponent.