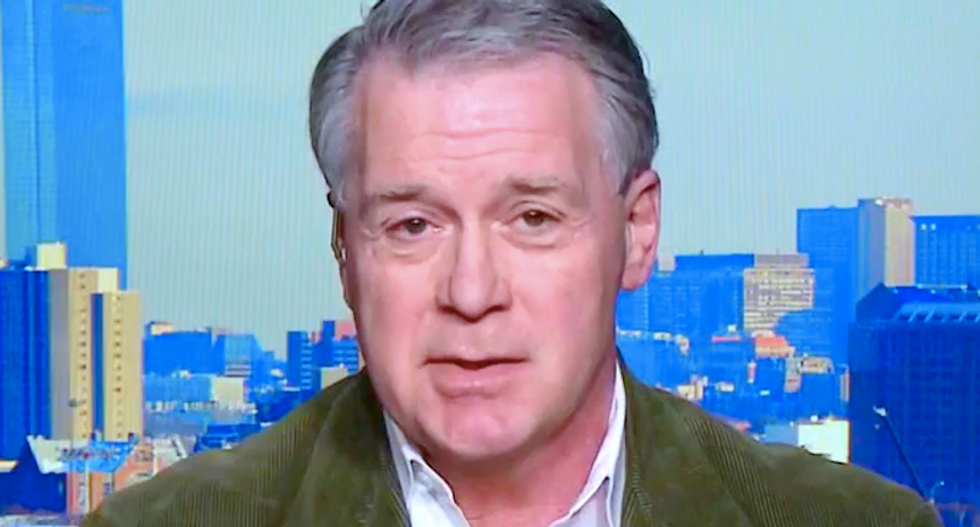 A former CIA agent laid out President Donald Trump's "fascist" tendencies -- and the dangers they pose to U.S. democracy -- in less than a minute and a half.

Glenn Carle, a former deputy national intelligence officer for transnational threats, appeared Thursday on MSNBC's "Velshi and Ruhle," where he discussed his recent column for The Daily Beast, "The ‘Deep State’ Conspiracy Is How Fascists Discredit Democracy."

Host Stephanie Ruhle asked why those conspiracy theories gained traction with Trump supporters, when most of them were so transparently false if not ornately complicated, and Carle said that was beside the point.

"The three of us are trying to reason through what's going on and to explain this," Carle said, "and in that sense we're making an error, because rationality and reason are actually secondary. What counts is the primitive part of the brain and emotion."

"President Trump has made himself successful by appealing to emotions viscerally," he continued. "That's what populism does. It's the angers of people who don't feel that they are empowered or listened to, and that the elite are not them. There's a deep anti-intellectual tradition in America also. So therefore, the law, the representative organs of government that embody our agreed principles, as embodied in the law, are somehow then twisted into becoming un-American, which is, of course, insane, but it is profoundly dangerous. We have seen what has happened elsewhere when people."

He said Trump's fascist appeal was no accident.

"We heard this in the inaugural address -- no, no, when he accepted the nomination, Trump said, 'I alone can fix this,'" Carle said. "Then he said, I will accept the election results if I win, but otherwise not. Both of those things that are so un-American that they imply, they lead to the end of our democracy."