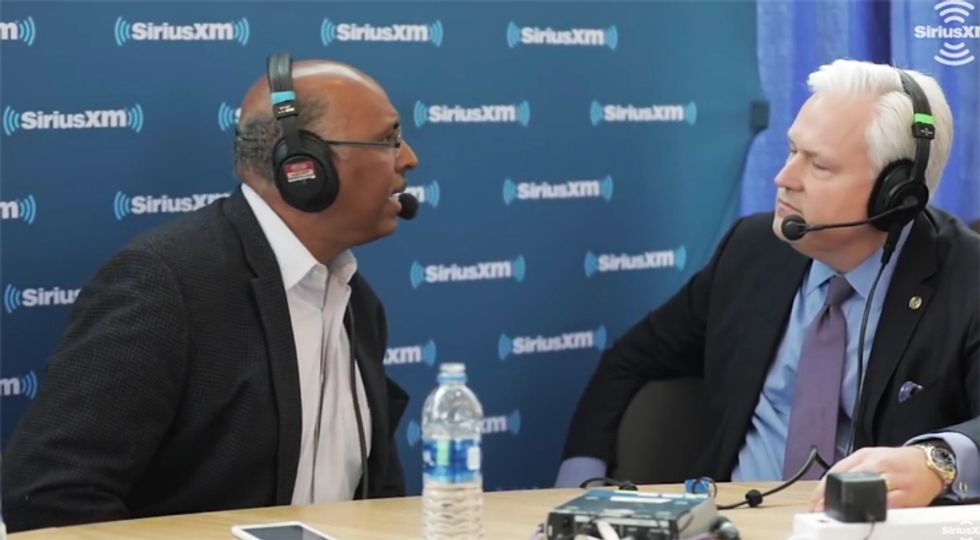 Former RNC head Michael Steele got into a heated talk with CPAC executive Matt Schlapp on Saturday after a speaker at the conservative conference slurred him as a "black guy" during a speech Friday night.

The confrontation began with Schlapp apologizing profusely to Steele.

That wasn't enough for Steele who pummeled Schlapp for the racism on display at CPAC after Schlapp called the comment "unfortunate."

“It was stupid, not unfortunate! Call it what it is," Streele exclaimed. "It is stupid to sit there and say we elected a black man a chairman of the party and that was a mistake. Do you know how that sounds to the black community?”

"I’ve taken crap you have no idea about, and I’ve carried this baggage," Steele said in regard to his race in a predominately white GOP. "And for him to stand on that stage and denigrate my service to this party, and for you as a friend to sit there and go, ‘Well, you’ve been critical of this party.’ There’s only one word I can say, and I can’t say it on this air."

"I can’t, because the FCC won’t allow it," Steele replied.

Watch the video below via YouTube as part of "Steele & Ungar" hosted by Michael Steele and Rick Ungar airs weeknights from 6-9pm ET on SiriusXM's non-partisan POTUS channel 124.