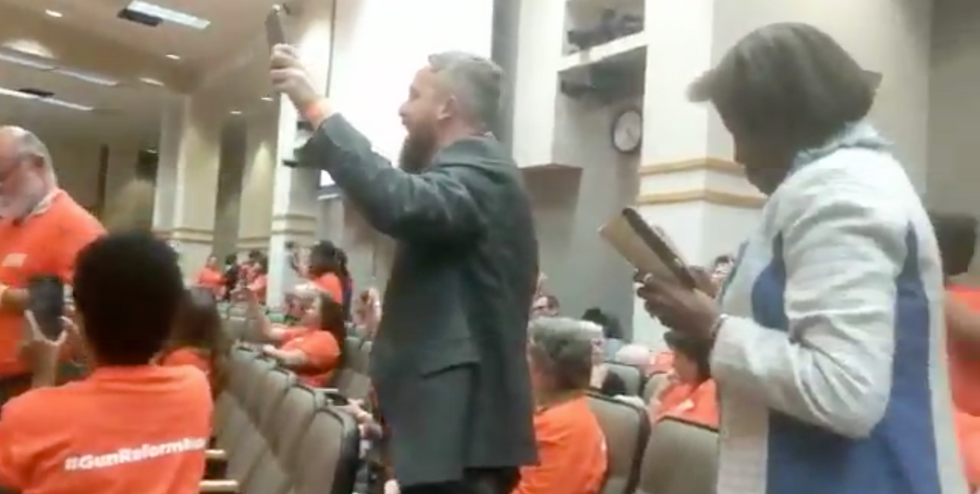 Gun control advocates in Florida had a clear message for their lawmakers as they voted down a measure that would have banned the sale of assault weapons like the one used to kill 17 people on Valentine's Day.

"Vote them out!" the crowd shouted as the Florida State Senate rules committee killed the ban 7-6.

Watch the protesters chant below, via the Sun-Sentinel's Dan Sweeney.

Crowd chants "vote them out" as Rules Committee votes down #AssaultWeaponsBan pic.twitter.com/q9BHDZkkWj