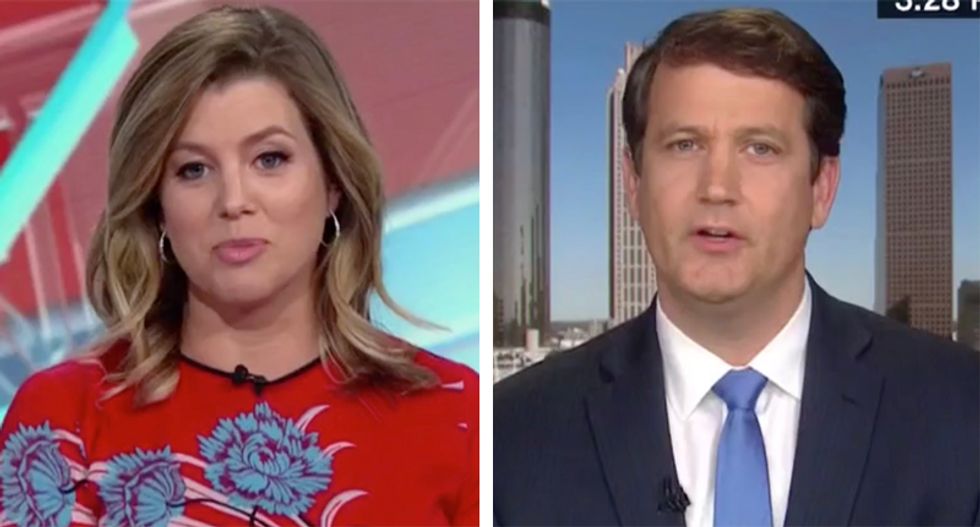 A Georgia Republican who has been attacking Delta Airlines for ending discounts for NRA members after being pressured by the public found himself cornered by a CNN host after he claimed the airline continues to give discounts to Planned Parenthood members.

Appearing on CNN Tuesday afternoon to make his case for pulling back tax breaks for the Georgia-based airline, State Senator Michael Williams (R) made the claim and, when pressed for proof of his assertion, paused and responded that he and other Republicans "looked it up on Google."

"In a caucus meeting yesterday morning where the governor of Georgia was trying to convince us all, basically threatening us that if we don't pass this [tax deal], things will be taken out of the budget," Williams explained. "Other senators and I looked it up on Google but I don't know the source."

"To be clear we looked it up as well and it doesn't appear after some digging that we've been able to determine that that is actually factual," Keilar replied. "You're indicating something that may not be true there."

"If you're making that argument, shouldn't you have your facts straight?" Keilar shot back as Williams went off on a tangent about left-wing groups again, refusing to acknowledge her question.