WATCH: Constitutional lawyer explains the real motivation behind the Second Amendment -- and it's bad news for the NRA 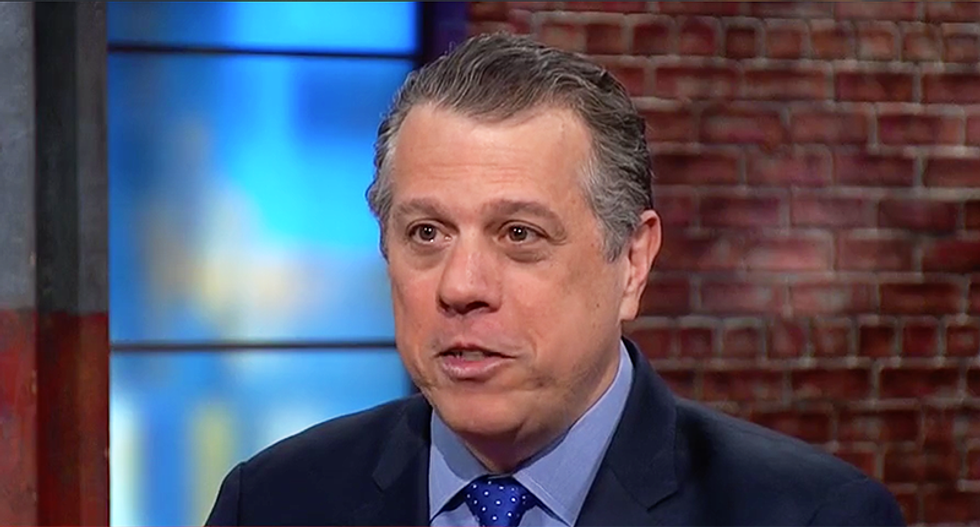 In an interview with CNN's Chris Cuomo, former policy aide and Constitutional lawyer Michael Waldman refuted the National Rifle Association's implication that the Second Amendment "gives you an unlimited right to a gun."

Waldman, who authored the book The Second Amendment, walked through the history of the Constitutional law.

"The conservative Supreme Court Chief Justice Warren Burger said it was a fraud on the American people," he said. "The Second Amendment reflects individual rights to gun ownership as recognized by the Supreme Court only since 2008. Before that, it was seen as referring to the militias, which were these, think of the minutemen, which were the state armies of people who owned their guns at home and were actually required by law, white men were required by law, to own a gun and be in the militia."

He noted that even today, with the Supreme Court ruling upholding it as an "individual right," there can also be responsibilities required.

Cuomo asked if it was true that the Second Amendment wasn't about individuals demanding guns whenever they want, rather it was George Washington's influence pushing guns on people "because he couldn't garner a well-armed, well-trained people."

"It's such a world that's so different from what we know now. It was a universal draft, basically," Waldman continued. "George Washington wanted the strong Constitution, a lot of people who were opposed to the Constitution were worried that the government, the big central government, would be too strong. They wanted to protect the state-run local armies basically. Now, they had an individual right to gun ownership to serve the duty of being in the militia. Our question to the founding fathers would make no sense, just like their answer to us makes no sense."

He went on to note that when the leaders were debating the Second Amendment on the floor of the House of Representatives, "it was about this issue of military service and they were very concerned about the public good." Not, as NRA spokesperson Dana Loesch argued, the whole of individuals.

"The Supreme Court said, you know, you could have restrictions on guns that were unusually dangerous or that were in the hands of the wrong people, whether it's the mentally ill who shouldn't have guns or something else," he continued. "We have those kinds of restrictions all the time. We have them on cars. you have the right to drive a car, they don't ban cars, nobody is calling for that, but we have speed limits and you have to pass a driving test. And they have air bags."

Even if a person doesn't choose to wear a seat belt, which is required in many states, that is the kind of regulation that officials have the freedom to make.