WATCH: Historian explains how Trump and his media enablers could be charged with treason 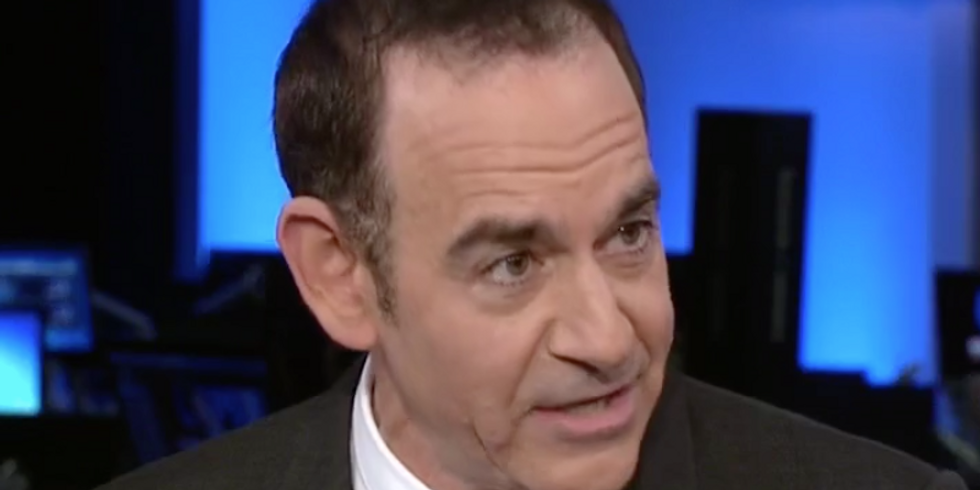 Presidential historian and former director of the Richard M. Nixon Presidential Library Timothy Naftali told CNN's Ana Cabrera on Saturday that if allegations that President Donald Trump collaborated with Russia to skew the 2016 election are true, then Trump could credibly be charged with treason.

"There's no precedent for a set of indictments regarding a foreign intervention in one of our elections," Naftali said, regarding special counsel Robert Mueller's indictment of 13 Russians on charges of interfering with the 2016 election. "So we're in uncharted waters anyway."

Naftali went on to say that the charges laid out by Mueller constitute a clear attempt to usurp the democratic process of the United States. It's a matter, he said, of public record.

"That means that any attempt by an American citizen right now, whoever it is, to undermine the Mueller investigation, you have to interpret as a way to help Russia," Naftali said.

The Mueller investigation, he said, is tasked with finding out why Russia preferred Donald Trump over Hillary Clinton, who was involved with the plot to help Trump win and to what extent the outcome of the election was affected.

"Anybody who tries to intervene in that process is making it harder for our country to defend itself against Russia," explained Naftali. "That's why the issue of treason arises. It's a game-changer."

The White House and its media defenders have mounted a full court press in recent weeks to undermine and discredit the Mueller investigation in order to defend Trump and his hold on the White House.

Watch the video, embedded in two parts, below:

Meghan McCain is going berserk over the Fox News Christmas tree fire. Very early Wednesday morning a 49-year old man was arrested after police say he set fire to the tree, which is outside the Fox News headquarters in midtown Manhattan.

"Police say the man acted alone and the incident didn't appear to be premeditated or politically motivated. Charges against him are pending," NBC New York reported. The New York Times adds that "police said they believed that he was homeless and were investigating whether drugs or mental illness had played a factor."