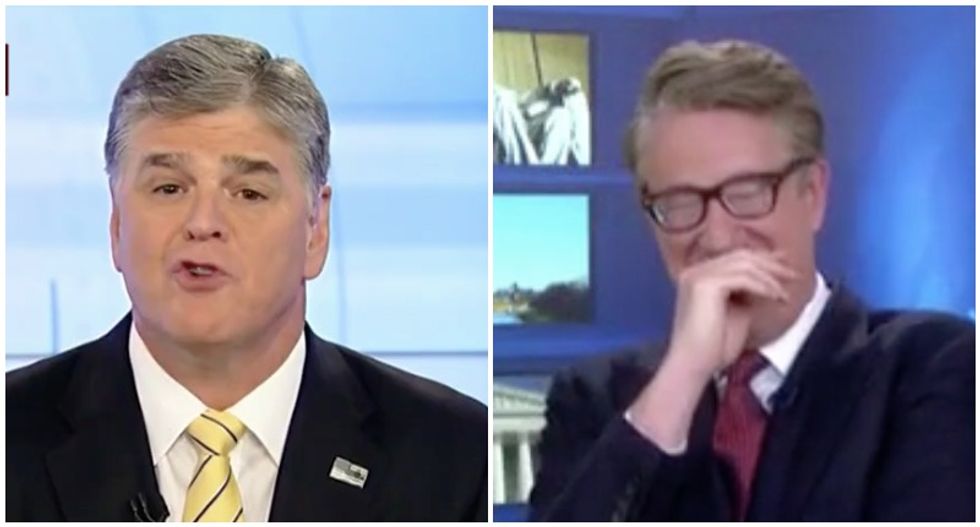 Hannity at first denied the New York Times report, and claimed it was just a "distraction," but minutes later conceded Fox News reporters had independently confirmed the details and then quickly changed the subject to a dramatic car chase caught on video in Arizona.

After the laughter died down, Scarborough ripped Republicans who had sacrificed their dignity for a president who has admitted to obstruction and possibly collusion on national television.

"The desperation, every day there is desperation, and every day, it blows up in their faces," he added. "But I guess the big takeaway here is, just how much people are willing to actually sacrifice their political souls for a man who will never show loyalty in return."

MSNBC's Donnie Deutsch said it's time for Senate Majority Leader Mitch McConnell and House Speaker Paul Ryan to go on the record and comment on the GOP president and efforts by the lawmakers they lead to protect Trump from investigators.

"This continuing assault on democracy -- forget the obstruction, forget the actual news -- this continual assault on things that protect us, our intelligence community, the media, the judicial system, I want to hear today from Mitch McConnell and Paul Ryan -- what do they say about this?" Deutsch said.

"The president wanted to fire Bob Mueller, he was asked about it, he said 'fake news' -- what do you say, sirs? What do you say?" Deutsch continued. "It's time for the cockroaches to come out from under their rocks and respond. What do you say, gentlemen?"