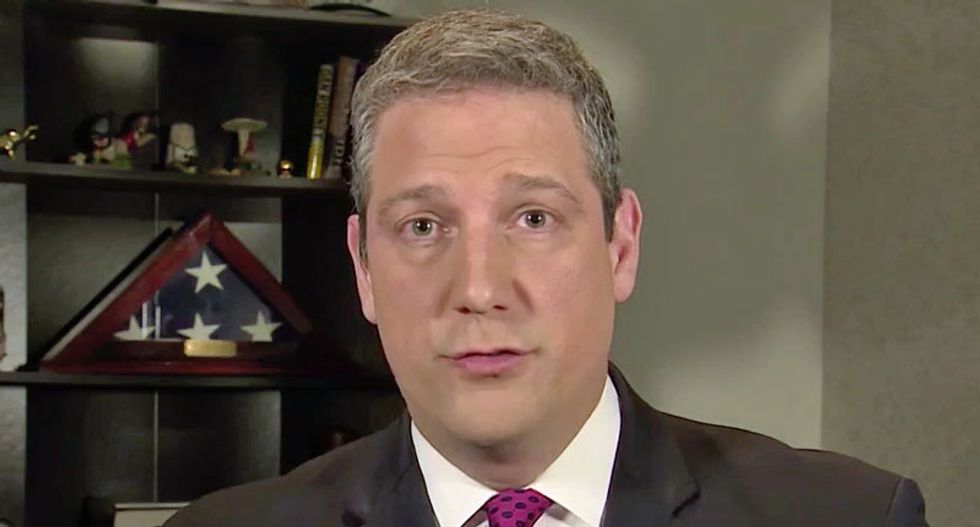 MSNBC "Hardball" anchor Chris Matthews needed multiple angles of questioning while trying to pin down a gun-owning Democratic Party congressman about the age that should be required to purchase an AR-style semi-automatic rifle.

"Let me ask you, where are you on the AR-15, which is the gun of choice of these school shootings?" Matthews asked Congressman Tim Ryan (D-OH) on Tuesday.

"At the very least, they need to be limited. You can't let 18-year-old kids go out there and get these kind of guns and I think that should be the first step as we start limiting the ability of certain people to get these things," Rep. Ryan replied.

"You would put a national age requirement, of what? To get an AR-15?" Matthews followed-up.

"You got to figure it out like these kids in Florida were so articulate about. You can't buy a beer but you can go out and buy one you have these, you know, assault weapons. To me, that doesn't make any sense," Ryan replied.

"Beer is 21. Ar-15s is 18. What do you think of those numbers?" Matthews said, rephrasing his question yet again. "I mean you're a legislator, I'm asking you to legislate. What do you think we should have as a number? I know it's tough -- this is "Hardball" -- that's what I do here."

Congressman Ryan once had an "A" rating from the National Rifle Association, but donated money he had received from the NRA's political action committee following the October shooting massacre in Las Vegas.

Frustrated at not being able to pin down Congressman Ryan, the host asked his other guest, Congressman Charlie Dent (R-PA), where he stood on the issue of raising the age required to buy an AR.

"Chris, in order to buy a pistol in this country, an individual has to be 21 years-of-age. We should look at this issue of making sure an 18-year-old can't buy a high-powered, I'll say AR-15, we should at least make that conform with the pistols," Congressman Dent replied.

The question of the minimum age requirement to purchase a semi-automatic rifle was not the only gun control issue where the Republican from Pennsylvania was pushing harder than the Democrat from Ohio.

"We should also focus what we can actually do in Congress. Let's do this: let's ban the bump stock. Let's have universal background checks for all private sales," Dent suggested. "We did this in Pennsylvania in 1995 with [Republican] Tom Ridge as governor and with a Republican General Assembly. We brought the NRA, gun control groups, and law enforcement together in a room and we expanded background checks for private sales of pistols. We should do that."

"There are things we should be doing for greater gun safety," the Republican lawmaker concluded.