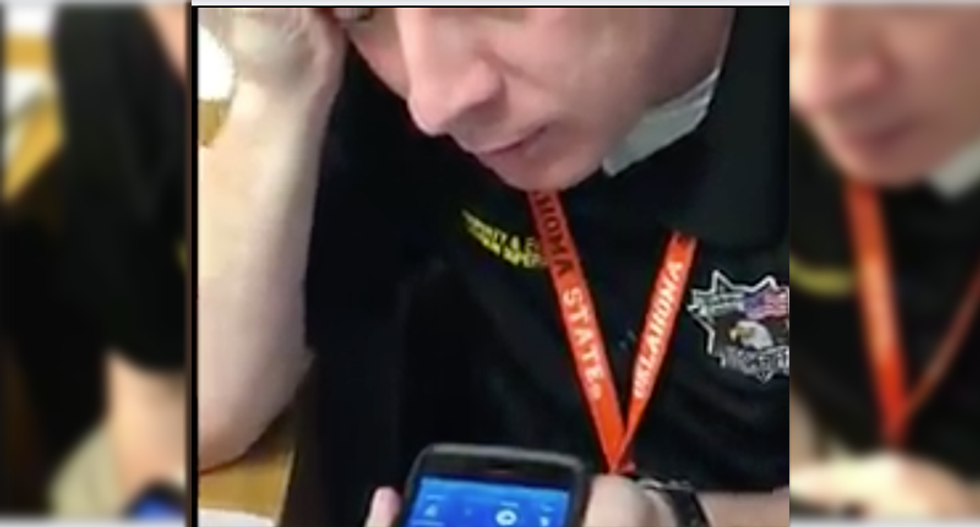 A phone scammer got more than they bargained for when they called an Oklahoma County Sheriff claiming he owed $6,800 in back taxes.

If you've been getting scam calls to your cell phone, you're not alone. This writer gets at least two calls each day from phone numbers that copy the area code and first three numbers of the phone and always claim to be a student loan company, credit card company or the Internal Revenue Service. But when similar phone scammers tried to call Oklahoma Corporal Bradley Winn, they had no idea what they were in for.

The call begins with a recording alleging that the corporal hasn't paid his taxes and to press a number to continue to talk to an official agent of the IRS.

A woman comes on the phone to ask for his information. He gives her a fake name and address. She issued him a "case number" to seem official and asked if he would like to pay it. He said that he thinks he probably should so she transfers the corporal to a case officer.

The fake officer asks a series of questions about how much money he has in his account and if he can pay the full $6,800. He is told to get a money order and wire it through a Target, CVS or Wallgreens to get a pre-paid Visa or gift card. They even tell him to get into his car right away. He tries to tell the scammer that he can't just leave work and the scammer says that the offer to pay off everything is only available right now while on the phone.

Once the money is on the gift card he is supposed to "meet" a representative with the gift card. At one point the corporal tells the scammer that his boss won't let him leave, so the scammer advises him on how to talk to his boss to get out of work.

At the end, the officer reveals himself and tells the scammer that they've traced the call.

Needless to say, the IRS never does this and this is never a way that they would seek money for unpaid taxes.