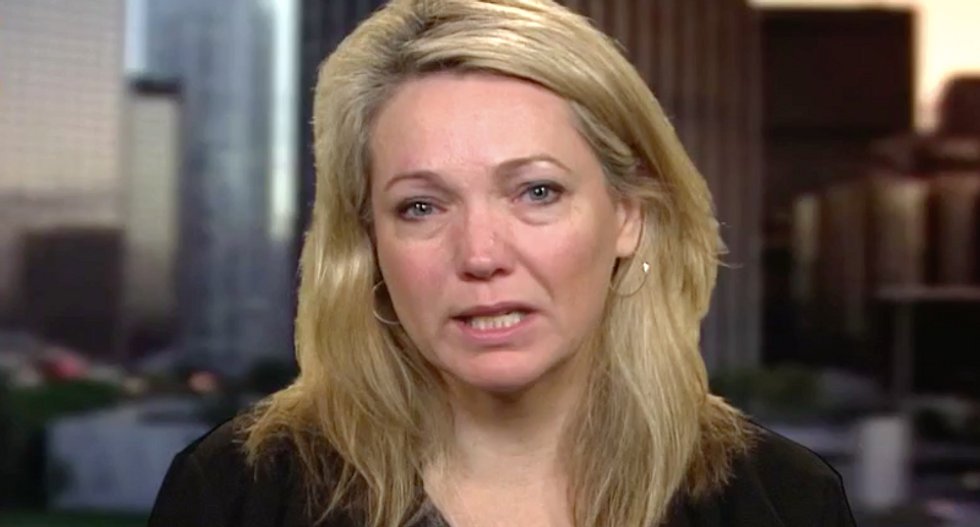 The mother of a child murdered at Sandy Hook Elementary School is doing something to try to stop gun violence -- and she explained to MSNBC's Stephanie Ruhle what lawmakers can do to help.

Both Ruhle and Nicole Hockley, founder of the Sandy Hook Promise activist group, were crying at the start of the interview, following another school shooting that left 17 dead in Florida.

"It hasn't stopped, and that is so frustrating," said Hockley, whose 6-year-old son Dylan was killed at school in 2012. "Someone tweeted at me (Wednesday) gun violence is just something it's part of America -- I don't accept that. We know these acts are preventable, we know there are things we can do, that students can do, that teachers can do, that legislation can do as well. We just have to take all these noisy arguments that go nowhere off the table and just focus on the real solutions."

Hockley explained how states can enact extreme risk protection orders to take away firearms, with a judge's permission, from gun owners who are deemed a threat to themselves or others.

"What it means is when you see a threat, if the school is observing a threat, if a family member is observing a threat, someone who poses a risk to themselves or someone else, then there is a process to temporarily separate them from their weapons until they're out of crisis," Hockley said. "Once they're fine and deemed fit, they can have their weapons back. Because guns are not going away. You know, there's 300 million guns in America -- taking guns away is not a solution, arming more people and putting more guns everywhere, also not a solution."

Four states -- California, Connecticut, Oregon, and Washington -- already have extreme protection orders on the books, and 19 other states are considering the legislation.

"Thoughts and prayers are incredibly important, but if they're not backed up with action, then they're meaningless," Hockley said.

Her organization also promotes the STOP School Violence Act, which would give states funding to train school employees, law enforcement and students to identify warning signs to intervene and prevent violence and suicide.

"(The bill) is an investment in our kids' future," Hockley said. "It is funding for early prevention and intervention programs within schools. It provides funding for anonymous reporting systems, so that if a student sees a threat they know how to take it seriously, they understand what they're seeing. There's a tool for them to report it. This is funding that we need."

She said prevention would be much more effective than preparing for gun violence.

"We spend so much money as a country on active shooter drills and training," Hockley said. "I'm not diminishing the importance of that, imminent danger is something we need to deal with, but wouldn't it be a much better place for us to be focused on preventing these acts from prevention in the first place?"