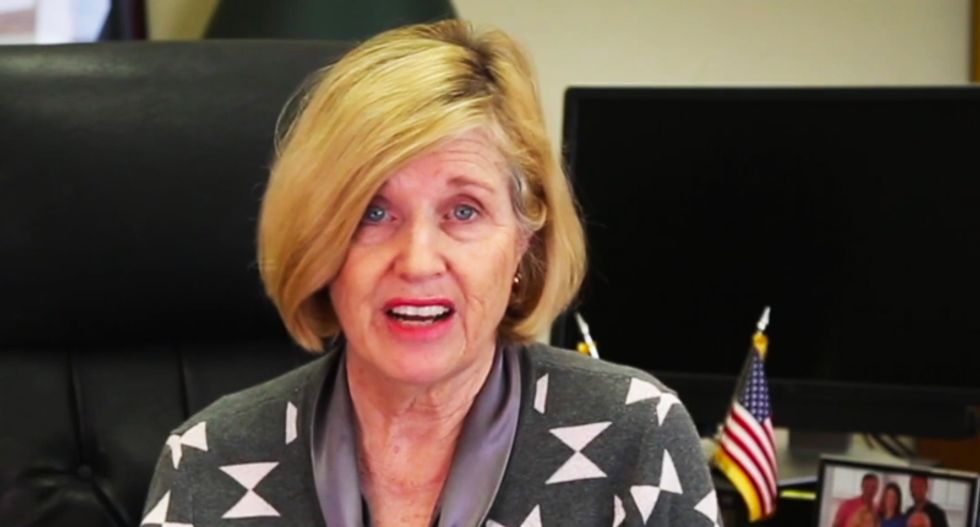 In a video posted to Facebook, the Superintendent of Education in South Carolina promised parents in her state that school shootings like the one that claimed 17 lives in Parkland, Florida, can be avoided with the help of Jesus.

In what was called a "Special February Message," former educator Molly Spearman addressed the shooting and assured parents that she has spoken with law enforcement about shoring up security at the schools, and urged everyone to report anything they found suspicious or alarming. Additionally, she advocated for mental health specialists to be made available to students if they need someone to talk to.

Wrapping up her talk, she invoked Jesus Christ as a protector of the students.

"We have also seen the life-changing impact that mentorship programs can bring into troubled students’ lives, and [we] continue to encourage members of our faith community to partner with schools," she explained. "By sharing Christ’s love, you could be a positive influence that prevents a tragedy like this from occurring."

According to The Friendly Atheist, under Spearmen, Christians already have a beachhead in public schools, noting that the Freedom From Religion Foundation called out an elementary school in Beaufort County that allowed an evangelical organization to proselytize to the children.

The FFRF, reported that Okatie Elementary School sent home permission slips that would allow students to participate in what was called the "Real Champions" program, described as "a faith based program encouraging your child to excel following the school’s character development platform. Being a faith based mentor program Real Champions will use Bible passages and prayer to encourage your student to achieve success."