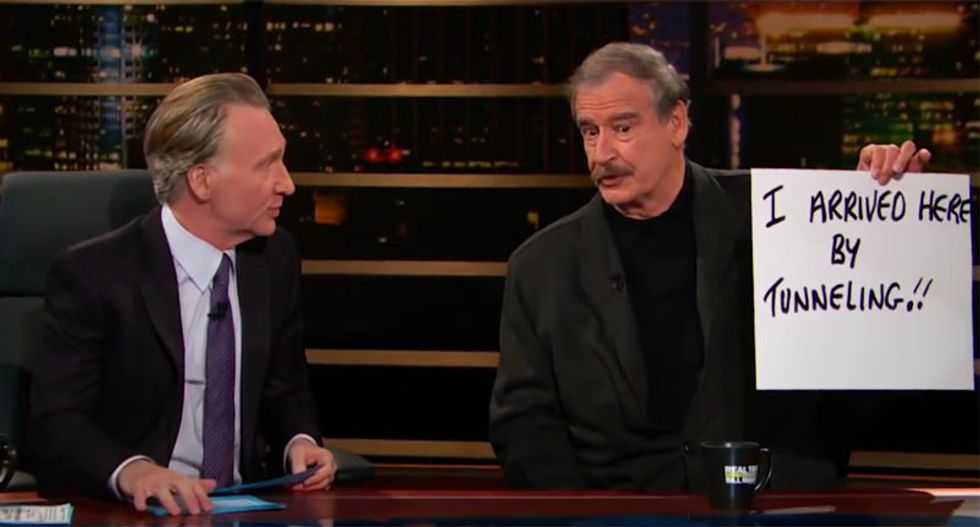 Appearing on HBO's Real Time with host Bill Maher, Vicente Fox, the former president of Mexico, jumped right onto the fray by claiming the mass shooting at Marjory Stoneman Douglas High School in Parkland, Florida, is the end result of growing racism and bigotry in the U.S. under the leadership of President Donald Trump.

Discussing the shooting that claimed 17 lives, Fox called it a “very sad event in Florida."

“When you speak out of the White House this aggressive, violent language, when you discriminate, when you’re a racist, that’s what you get," Fox explained. "That’s what you get. We need harmony, we need love, we need happy communities, and those concepts don’t come out of his mouth.”

The former president of Mexico went on to say that the world “is pissed off and lost” and in need of “this great nation’s leadership.”

“This president you have here we had in Latin America for a century,” Fox said, before adding the only way to rein Trump in was to elect an opposition majority to Congress, “so they can domesticate him.”