WATCH: Woman who destroyed her gun after Florida school shooting says it made gun nuts flip out 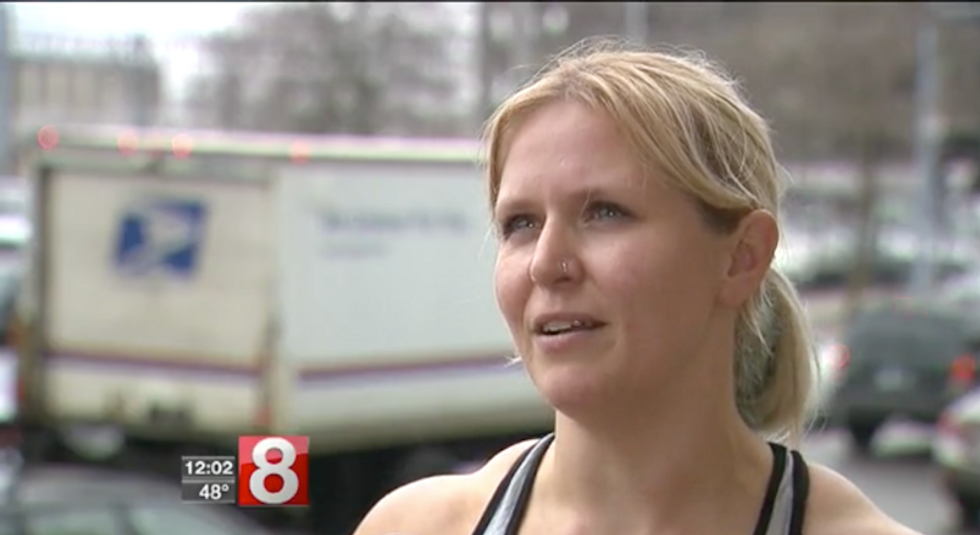 In the wake of the Florida shooting, Amanda Meyer decided she didn't want to have a gun anymore.

So Meyer destroyed her semi-automatic Sig Sauer pistol in a video posted to Facebook, and then handed it over to police.

"The only way that I can know for sure that this gun will never hurt anyone is if it doesn't exist," she said in the video, which went viral.

Meyer went on CNN to discuss the video today. She told host Brooke Baldwin that the decision was inspired by her brother's suicide, by having taught at a school just 20 miles from Sandy Hook and by her cousin and his wife being at the Route 91 Harvest music festival in Las Vegas before the shooting.

"Over time I came to the conclusion that people don't really need semi-automatic weapons," she says. "And also I was sort of starting to advocate against other people having them and realized it was hypocritical that I had one."

So the Connecticut resident used an angle grinder to shred the gun.

"You have to do the cost-benefit analysis at some point," she says. "To me it's totally normal to be around guns. I grew up around guns. We go out shooting guns at family Christmas, it's not family Christmas until you go out and shoot targets... but semi-automatic weapons were made for killing people. So there's no question about that."

Guns rights activists, who are typically advocates for personal property rights, were not pleased by Meyer's video.

"All of the pro-gun people, hardcore pro-gun people are saying it's not the gun's fault, it's just because our world is not respectful enough, "she says. "Then they go on social media and bash me and say I hope someone breaks into your house and has a gun and you realize why you needed that gun, or they question my mental fitness because of my brother's suicide."

You can watch the full video below.