White House spokesman: 'I don't know a ton' about latest charges but they prove 'no evidence of collusion' 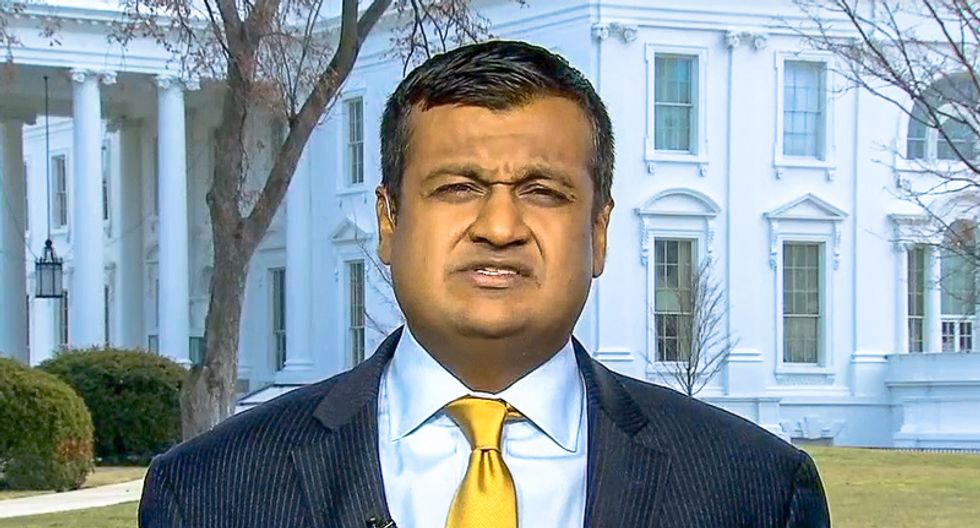 White House Deputy Press Secretary Raj Shah on Tuesday insisted that special counsel Robert Mueller's charges against a Russian-connected lawyer were further proof that there is "no evidence" that members of the Trump campaign colluded with Russians.

During an interview on Fox News, host Bill Hemmer asked Shah to react to the news that lawyer Alex Van Der Zwaan has been charged for lying to federal investigators about his interactions with former Trump campaign aide Rick Gates.

Shah admitted that he didn't "know a ton" about the latest charge but he was certain that it bolstered President Donald Trump's claim that no one on his team helped Russia interfere in the U.S. election.

"I don't know a ton about that specific indictment," Shah insisted. "We do know that this indictment, just like the one on Friday only reinforces our overarching point when it comes to the special counsel's investigation, which is that as the president has long stated, there's no evidence of collusion because none existed."

"And there's going to be no findings of wrongdoing," he added. "It has nothing to do with actions related to this president."

Hemmer noted that the charges against Zwaan are not an indictment because he has agreed to plead guilty and cooperate with Mueller.