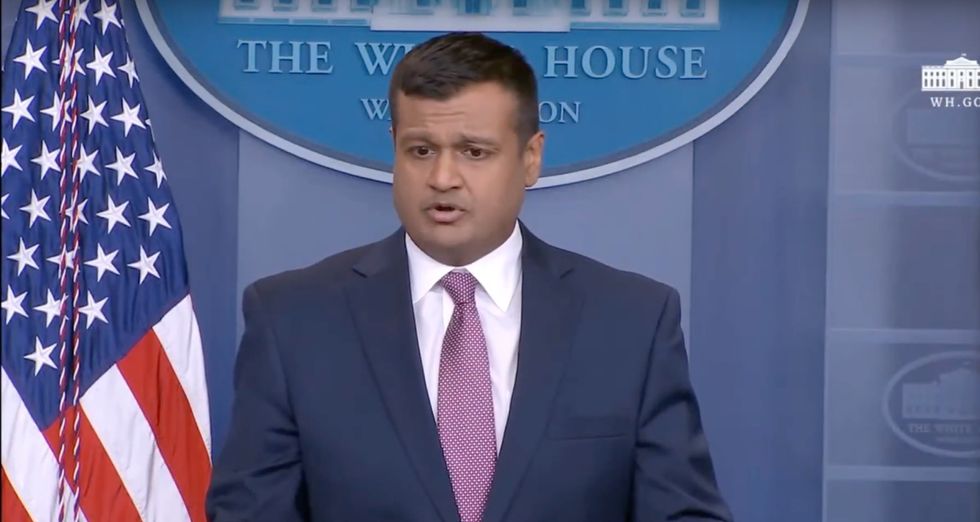 During Thursday's White House briefing, one correspondent noted that Trump had suggested that active shooter drills were problematic in schools.

Shah insisted that Trump only wanted to rename the drills instead of completely banning them.

"I did talk to him about that," Shah revealed. "He said the term 'active shooter drills' is frightening for young children. He thinks a drill that has a different name and different brand -- so the brand of it frankly doesn't frighten children might be a better approach."

Shah added that "safety drills" was a more appropriate name.

"The term 'active shooter drill' for a young child could be very frightening," he concluded.