'We will not be bought by the NRA': Furious Parkland teens say they won't be stopped in their new war for safety 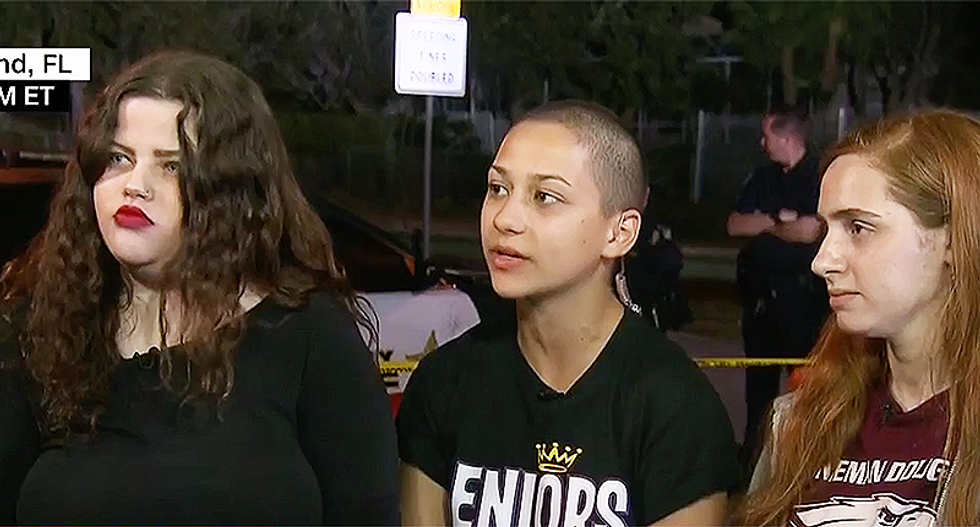 Parkland, Florida teen Emma Gonzalez said that nothing matters anymore to her after she and her fellow students were shot at by a gunman Wednesday.

"All school majors are out the door for me right now. This is all that matters to me," she told CNN's Anderson Cooper. "How do I stop this in the future from happening again? That's all I can think about right now."

"Thinking about what you're going to major in college? That seems small compared to something like this," Cooper asked.

She noted that students are frequently told that everything they do is a stepping stone to their future.

"Thinking about where we're going to go to college, we're the people that will make the laws one day," she continued. "It seems small now, but we need to put forward those baby steps."

She also specifically cited former Rep. Adam Putnam (R-FL) who she said announced there would be a panel discussion about decreasing gun control but that it was postponed.

"I want to make sure ... that talk doesn't ever happen," she said of Putnam's panel discussion. "That we do not decrease the regulations on guns, rifles of this caliber are not to be sold."

"There are some legislators who say the answer is more guns," Cooper noted. "More guns in school. Teachers, even students being able to bring this weapons."

All of the students disagreed with the idea.

"I don't think bringing in more weapons would solve anything," said fellow student Alexis Michael. "I think that's creating more violence. I think we need to take it away from people in order to make a difference."

Isabelle Robinson said that she wants people to see the videos students took cowering in closets and praying for their lives.

"If they don't see it, they're going forget," she said.

"I really feel like people need to understand that we've kind of become numbers," Gonzalez said. "Like our test scores and how many test book packets do we have to order for the AP exams and stuff. We need to stop being corporation figures. The government needs to understand and people in the government need to understand that we are not to be bought by the NRA. They're not supposed to be listening to the NRA about our protection. They're supposed to be listening to the people who are getting hurt about our protection. We're the ones who deserve to be kept safe, because we were literally shot at."

A Michigan militiaman has agreed to cooperate with prosecutors to unravel the plot to kidnap Gov. Gretchen Whitmer and execute her for "treason."

The more than 200,000 children killed by Nazi Germany at Auschwitz were honoured on Wednesday in online ceremonies marking the liberation of the camp which has come to symbolise the Holocaust.

Survivors sounded the alarm over the modern-day dangers posed by the resurgence of racism, anti-Semitism and Holocaust denial at a 76th anniversary event.