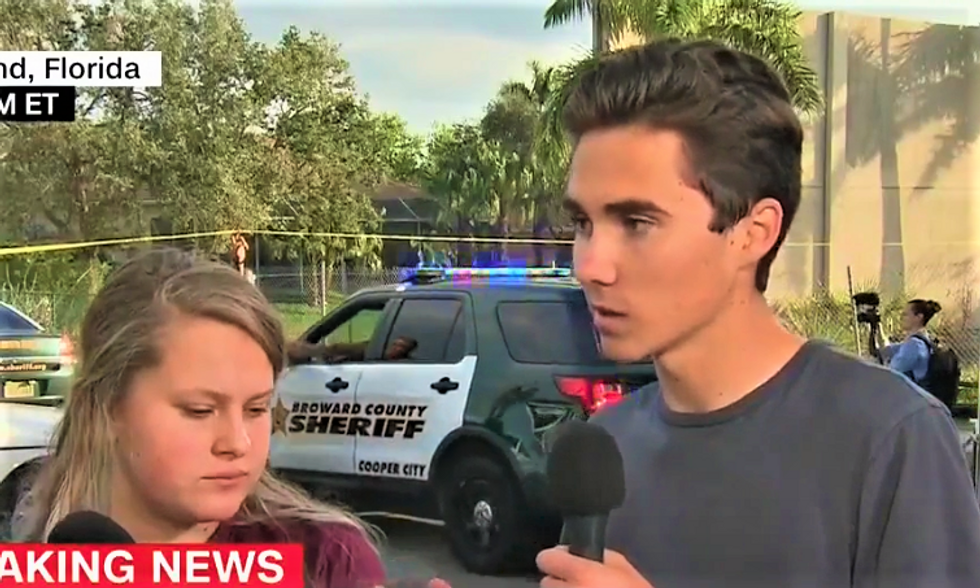 David Hogg, a student at the Marjory Stoneman Douglas High School in Florida, tore into congressional lawmakers for doing nothing in the wake of the latest mass shooting in the United States.

During an interview with CNN's Alisyn Camerota on Thursday, Hogg said that it is wrong to simply accept massacres like the one that happened at his school on Wednesday as a normal part of living in the United States.

"My sister, she's a freshman, and she had two of her best friends die," Hogg said. "That's not acceptable. That is something that we should not let happen in this country, especially when we're going to school."

He then said that American lawmakers deserve blame for simply offering their "thoughts and prayers" after every school massacre without taking any action.

"The fact that this is the eighteenth school shooting, and this is only February, is a testament to how far this country has come," he said. "We need to dig out of this hole... There's something seriously wrong here. And some of our policymakers, they need to look in the mirror and take some action. Because ideas are great, but without action, ideas stay ideas and children die."