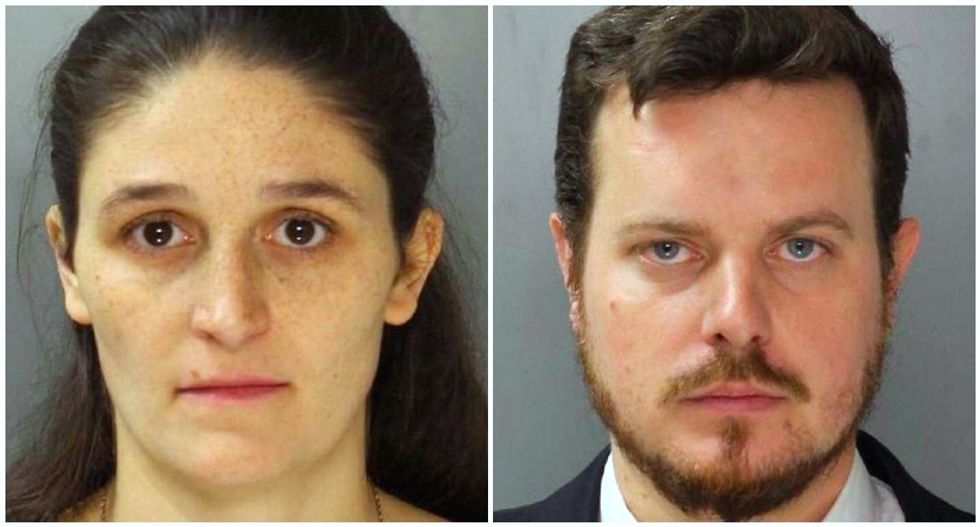 A jury has been seated in the trial of a Pennsylvania couple whose 2-year-old daughter died after they tried to treat her pneumonia with prayer and religious oils.

Jonathan and Grace Anne Foster have been charged with involuntary manslaughter and endangering the welfare of a child in the Nov. 8, 2016, death of Ella Grace Foster, reported the Reading Eagle.

The couple did not seek medical care for the sick child due to their religious beliefs, and instead asked Pastor Rowland Foster -- the girl's grandfather -- to pray over her and anoint her with oils.

The toddler had a sore throat and struggled to sleep the night before she died, and she stopped breathing in her father's arms after her mother called him to their Upper Tulpehocken Township home from work.

A forensic pathologist who performed the autopsy testified in a previous hearing that Ella Grace would have been fighting to breathe and coughing uncontrollably due to pneumonia, and he told the court any reasonable person would have concluded she needed medical care.

Defense attorneys have argued that the child's illness developed rapidly, and the parents made a judgment call.

The 35-year-old Jonathan Foster and his 33-year-old wife previously gave up custody of their other six children, who are aged 1 to 12, after prosecutors tried to add condition to their bail that would have mandated proper medical care for them.

Authorities said at the time that the children would be kept together and placed with a family that believes in medicine.

Prosecutors sought charges against the grandfather, who is pastor of Faith Tabernacle Church, for failing to report child abuse, but a judge dismissed the case in December for lack of evidence.

Assistant District Attorney Katie Lehman asked the judge not to allow any singing or humming in front of the jury, after supporters from the couple's church hummed during previous hearings.

Judge M. Theresa Johnson agreed to instruct courtroom observers not to make any noise from the gallery while the trial was in session.