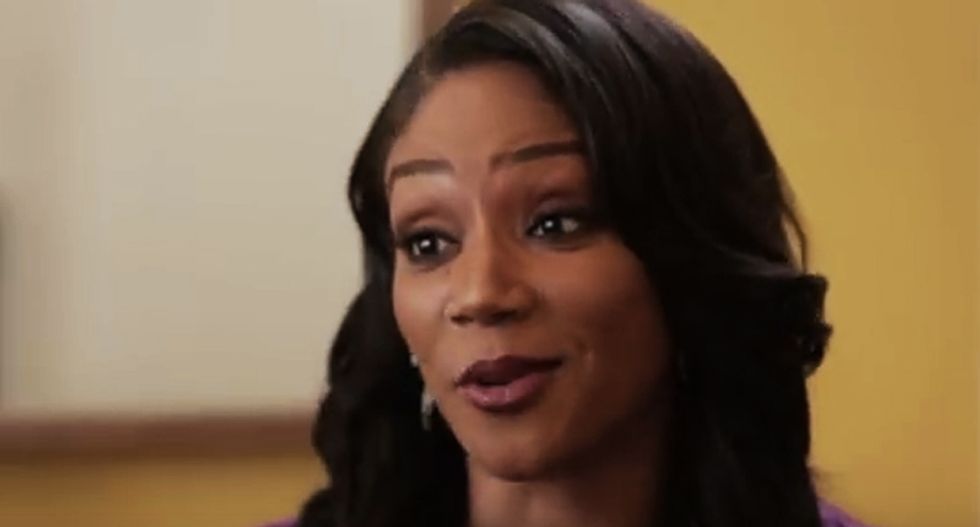 Actress and comedian Tiffany Haddish insists drinking small amounts of turpentine is good for you -- and she blames the government for trying to convince people otherwise.

The "Girls Trip" star explained her unorthodox views on turpentine -- a pine resin extract typically used as paint thinner -- to an incredulous reporter during an in-depth profile for GQ.

“A teaspoon of turpentine will not kill you,” Haddish claimed. “The government doesn't want you to know that if you have a cold, just take some turpentine with some sugar or castor oil or honey and it'll go away the next day.”

Reporter Caity Weaver pushed back, cautioning that turpentine was not intended for human consumption.

“Honey, back during slavery — let me teach you something, okay?” Haddish argued.

The actress claimed that slaves drank turpentine oil as a cure for various ailments, and historical accounts do show the organic solvent was commonly used as a topical remedy for cuts, sprains and even respiratory ailments.

The reporter told Haddish that slaves weren't known for excellent health, but she argued that's because not all slaves had access to turpentine.

Haddish told the reporter that she learned to use turpentine as medicine from YouTube videos and purchased some a few months ago on Amazon.

"Everything just felt so much better, clarity-wise," she said of her first dose.

The reporter argued that she might have been light-headed from drinking poison, but Haddish was undeterred.

“But I was killing the game onstage!” she said, laughing. “My thought patterns was coming quick, quick, quick. Girl, you just look it up -- just do the research.”

Weaver said she did research turpentine afterward, and the reporter sent Haddish information from the U.S. National Library of Medicine describing the dangers of turpentine poisoning -- but the actress dismissed the evidence.

The actress promised to update Weaver after her next doctor's appointment, and continued extolling the medical virtues of turpentine.

"The best doo-doo of your f*cking life," Haddish promised.