'It's an amendment, not a commandment': Watch HBO's Maher hammer lawmakers for bowing down to the NRA 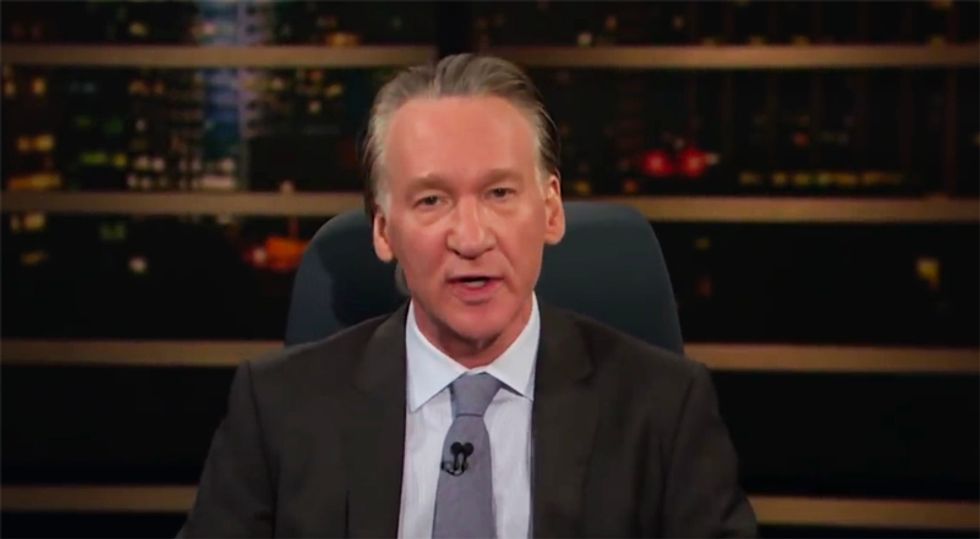 In a commentary that began by lampooning evangelicals and President Donald Trump for their fake Christian piety, HBO host Bill Maher ended by taking a smack at lawmakers who refuse to stand up to the NRA and change our nation's gun laws.

After mocking Trump for pretending to be a Christian ("He's been to church four time, three times just to get married"), the HBO host then challenged lawmakers -- Democrats in particular -- to not be afraid of touching the "third rail" of politics: gun ownership.

"Things that used to be third rails, don't have to be third rails forever," Maher admonished cowardly politicans. "Republicans get that. For fifty years their fundamental principles were' law enforcement good, Russia bad.' And then it was freaky Friday."

"Twenty years ago the idea of arming teachers was universally derided," he continued. "But while we laughed at it, now they are doing it. Democrats, on the other hand, begin every conversation on guns with 'Well, I believe in the 2nd Amendment,' because they feel this is one of those third rails can never be touched."

"Would it be a hard slog to change the public's mind on guns? Of course, but a hard slog never fazes conservatives," he lectured. "Ronald Reagan used to be a joke, now he's an airport. The 2nd Amendment is just words that humans made up at a certain moment in history when they felt right. It's an amendment, not a commandment."

"We can make up new words and make it, 'The right of the people to apply for the privilege of possessing non-military style weaponry as long as you're not batsh*t crazy shall not be infringed,'" he proposed.