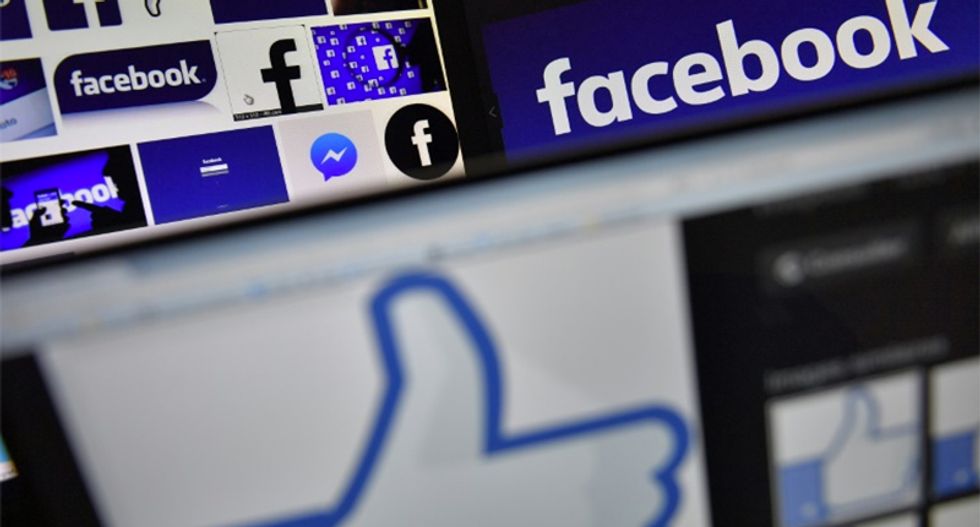 Facebook has expressed outrage over the misuse of its data as Cambridge Analytica, the British firm at the centre of a major scandal rocking the social media giant (AFP/File / LOIC VENANCE)

The academic behind the app which harvested data from 50 million Facebook users said Wednesday he was being used as a scapegoat in the row over online privacy.

Aleksandr Kogan said that British firm Cambridge Analytica, which is at the centre of a major scandal rocking Facebook, assured him that what he was doing was "perfectly legal and within the terms of service" of the social media giant.

A former CA employee says the company was able to create psychological profiles on 50 million Facebook users through the use of a personality prediction app that was downloaded by 270,000 people.

It did so by scooping up data from the users' friends on the social network -- as was possible under Facebook's rules at the time.

CA has blamed Kogan, the University of Cambridge psychologist who developed the personality survey called This Is Your Digital Life, for misusing the data.

Kogan told the BBC he was "stunned" by the allegations against him.

"The events of the past week have been a total shell shock. My view is that I'm being basically used as a scapegoat by both Facebook and Cambridge Analytica," he said.

He added: "We were assured by Cambridge Analytica that everything was perfectly legal and within the terms of service."

CA's chief executive Alexander Nix -- suspended on Tuesday -- was recorded boasting that the firm played an expansive role in US President Donald Trump's 2016 election bid, doing all of its research, analytics as well as digital and television campaigns.

CA has denied using Facebook data for the Trump campaign and said it had in any case been deleted.

Facebook says the data was taken without its knowledge and has launched its own investigation into CA.