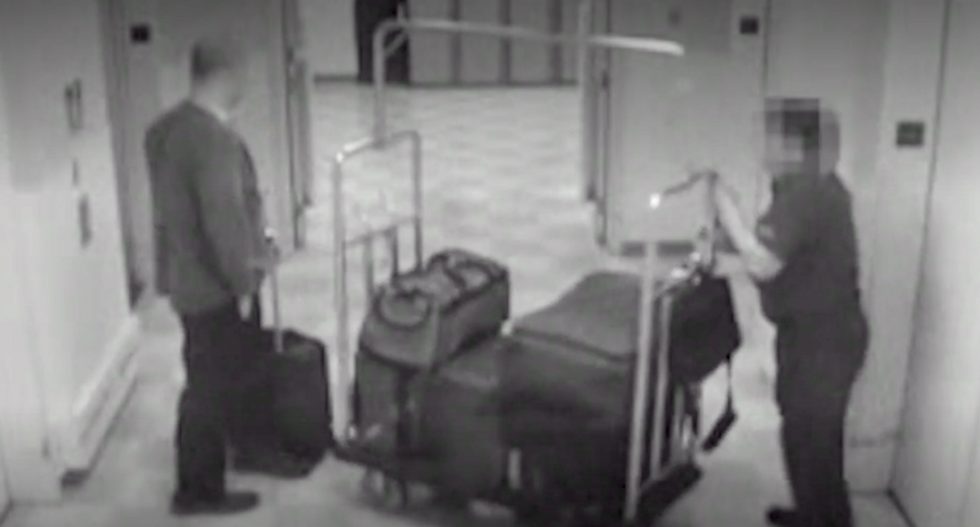 The 64-year-old Paddock spent his days before the Oct. 1 massacre gambling and having hotel staffers unwittingly move "bag after bag" of weapons he would use to kill dozens of concert goers and wound 851 others, reported the New York Times.

"Over and over in the clips, Mr. Paddock is seen leaving the Mandalay Bay for his home in Mesquite, returning with a dark minivan loaded with suitcases," the Times reported. "Over and over, valets take his keys; over and over, bellhops stack his luggage on gold carts, helping him transport at least 21 bags over the course of seven days. As they take the service elevator upstairs, Mr. Paddock chats with them. He cracks a joke. He tips."

Paddock interacts with virtually no one but hotel staffers, and surveillance videos show him eating sushi alone and holding up his arms to celebrate a $1,000 gambling win.

"Toward the end of the footage, two guests carrying shiny plastic inner tubes get off the elevator, padding out in flip-flops. Mr. Paddock pauses to let them off, then gets on," the Times reported. "It is the afternoon of Sept. 30. They seem to be on their way to the pool. He is on his way upstairs, where his guns await."