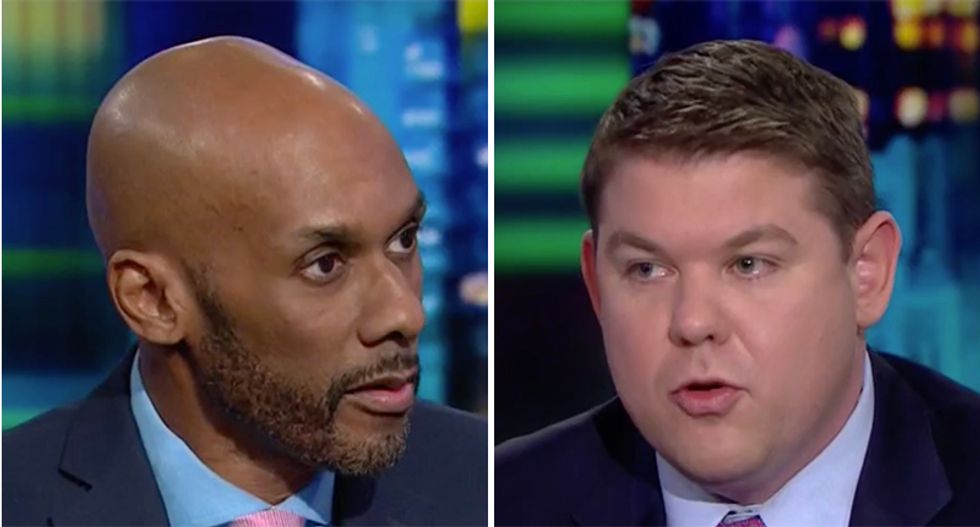 A defender of Present Donald Trump stunned his fellow panelists on Thursday night when he defended Trump appointee John Bolton's anti-Muslim comments and affiliations as a sign of his "dry sense of humor."

Appearing with CNN host Don Lemon and fellow panelists Keith Boykin and Peter Beinart, conservative radio host Ben Ferguson admitted that he has not always been comfortable with the controversial Bolton's comments but overall respected Trump's decision to select the former ambassador known for pushing for war as the answer to most international conflicts.

"In 2016 Bolton gave a keynote address to the American Freedom Alliance designated as a hate group by the Southern Poverty Law Center," Lemon remarked noting Bolton said, "King Abdullah of Jordan, who is not simply the Muslim king of a Muslim country, unlike our president."

"He called Obama a Muslim king. Do you think the president cares or is that part of the reason that he chose Bolton is because of that?" Lemon pressed.

"If you have ever seen him, and I've seen him multiple times, he has a dry sense of humor," Ferguson attempted. "He was trying to be humorous. I've watched him speak where he does have a little bit of dry humor. I don't think when he said that meant it in serious tone. There was a reason the audience cracked up laughing. Because that's John Bolton -- he is a guy that makes a joke and keeps a straight face."

"Maybe that's a joke, but you can't explain all the different things he done," Beinart charged. "He spoke three times at Pamela Geller anti-mosque rally in downtown Manhattan. And he has a longtime association with Frank Gaffney, who goes across the country testifying against construction of mosques."

"What bothers me, and I say this as a Jew, is that I know if someone said these things about our people, about Jews, that conservatives like you would be up in arms," Beinart concluded.