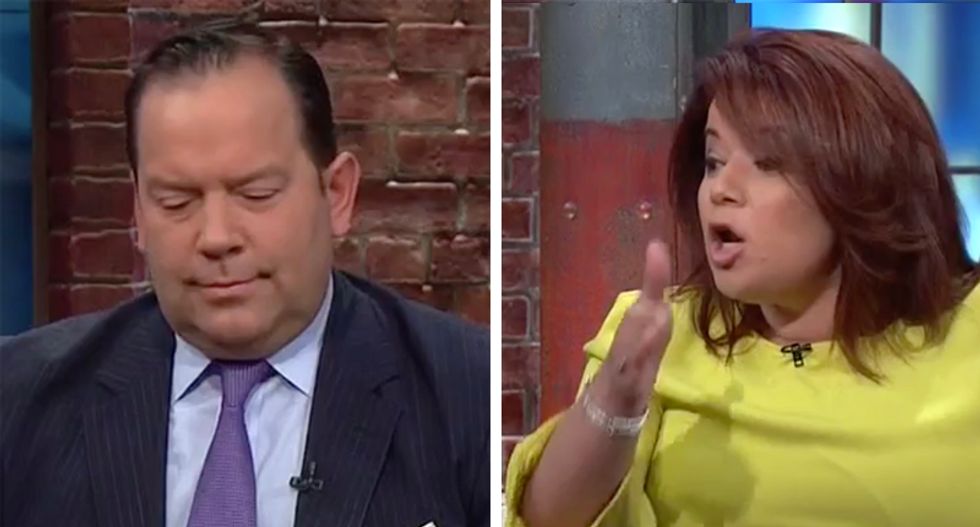 CNN regular Ana Navarro had little patience with a former adviser to President Donald Trump who first claimed there was no "chaos" in the White House and then took a shot at "media elites" for reporting on infighting and staffers abruptly quitting on the president.

Sitting down with "New Day" host Chris Cuomo, Trump's Hispanic Advisory Council head Steve Cortes claimed he saw no problems at the White House and, in fact, said things could not be better.

"I have to say contrary to the reporting on this show, it's not a White House in chaos," Cortes blithely remarked. "As a matter of fact, there's incredible exuberance about the results of public policy, consumer confidence is at a 17-year high and the tax cuts are real. There's amazing progress in the year-plus of this White House."

"I've never seen talent bleed out of a White House, out of a statehouse like this, that's a fact," Cuomo interjected, leading Navarro to jump into the fray.

"I have never seen it bleed out of McDonald's the way it bleeds out of the White House, turnover is crazy," Navarro blurted, to which Cortes shot back, "The talent is bleeding out."

"I think you're using the word talent loosely," a smirking Navarro replied. "A lot of people who are staff; some of them should have never been in the White House. I think part of what you've seen is John Kelly do a lot of cleanup work with folks like Gorka, like Bannon, folks like Scaramucci who should have never been in those positions. That being said, if there's no chaos in the White House, well, it walks like chaos, talks like chaos and looks like chaos."

Cortes then blamed the "elites" for drawing attention to the turmoil which set Navarro off.

"Can I tell you something?" she began. "These talking points about training the swamp, the elite? His secretary of HUD just spent $31,000 on a dining room set. Most of the people he helps in that department don't make $31,000 in a year. The other [Treasury Secretary Steve Mnuchin] is telling UCLA not to release video where students are heckling him over the effects of the tax reform bill."

"You have [former Secretary of Health and Human Services] Tom Price who had to quit in January because he was doing all sorts of things with a private plane," she lectured. "Secretary of the Treasury going to look at the eclipse on the taxpayer dime. Can we stop the hypocrisy about the elite and the 1 percent? The 1 percent and elite are in the White House! Look at his cabinet, his children, look how much money he's making off being president. Let's not pretend he's some sort of blue collar guru here -- he's not. To his credit, he was able to fool the blue collars into voting for him."