President Donald Trump finally appears poised to make good on his promised threats to slam the door on free trade and erect walls around the country’s economy.

Citing the need to protect national security, he released plans to impose tariffs of 25 percent on foreign steel and 10 percent on aluminum for a “long period of time.”

This new initiative stems directly from the “America First” trade policy he has been promoting since the presidential campaign. Trump is orienting the country distinctly toward protectionism and claiming that unilateralism in trade is good for the U.S.

But economic history should make Americans skeptical of this claim.

President Trump’s approach to trade seems to be based on a false understanding of how the global economy works, one that also plagued American policymakers nearly a century ago. Essentially, the administration has forgotten an important lesson from the Great Depression.

Virtually all economists and trade researchers like me agree that the costs could be steep. 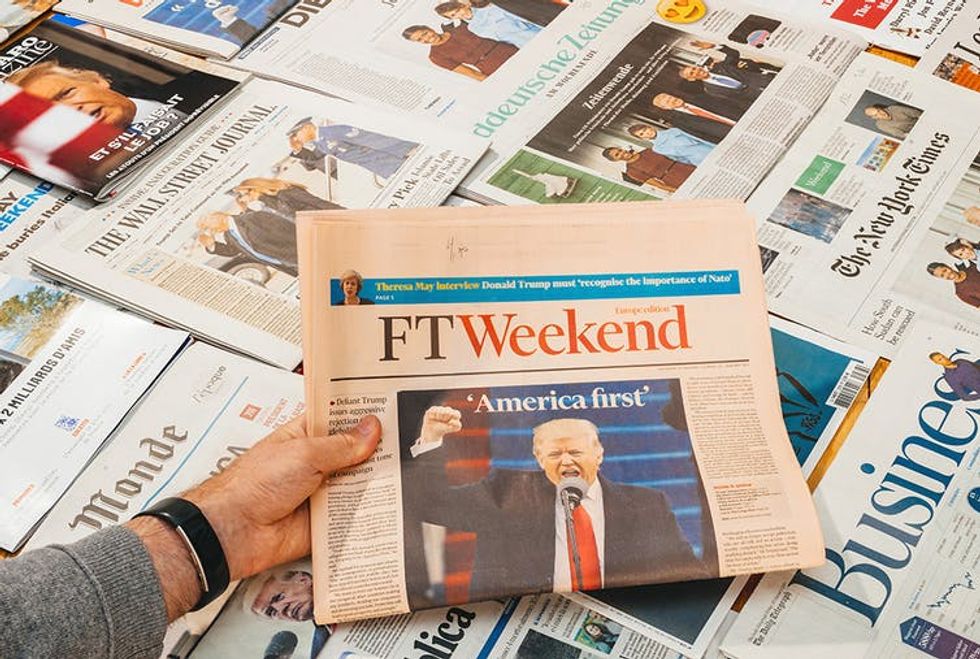 If Trump puts ‘America first’ in trade, other countries will follow. And that’s bad news for everyone.

The U.S. and the global economy

Trump’s “America First” orientation assumes that the United States, as the world’s dominant actor, can behave freely and independently in trade.

Unfortunately for the administration, America’s top economic position does not shield it from the dire consequences that unilateral trade policy can provoke. The constraints on U.S. action result from the basic nature of the international economy and from America’s declining dominance of the world trade system.

It is a standard principle of economics that all individual actors exist within a system. Any action taken by one actor will likely result in a response from others. This means that wise governments, in considering which policies to adopt, must make difficult calculations about how their actions will interact with those of others.

“America First” fails to make these calculations. It disregards how America’s trading partners will respond to the new U.S. protectionism – which is also what American lawmakers ignored during the Great Depression.

Before the 1930s, America’s trade policy was generally set unilaterally by Congress – that is, without the international negotiations used today.

Lawmakers, already in a protectionist mood, responded to the pain of the Great Depression by passing the infamous Smoot-Hawley Tariff Act of 1930, which raised duties on hundreds of imports. 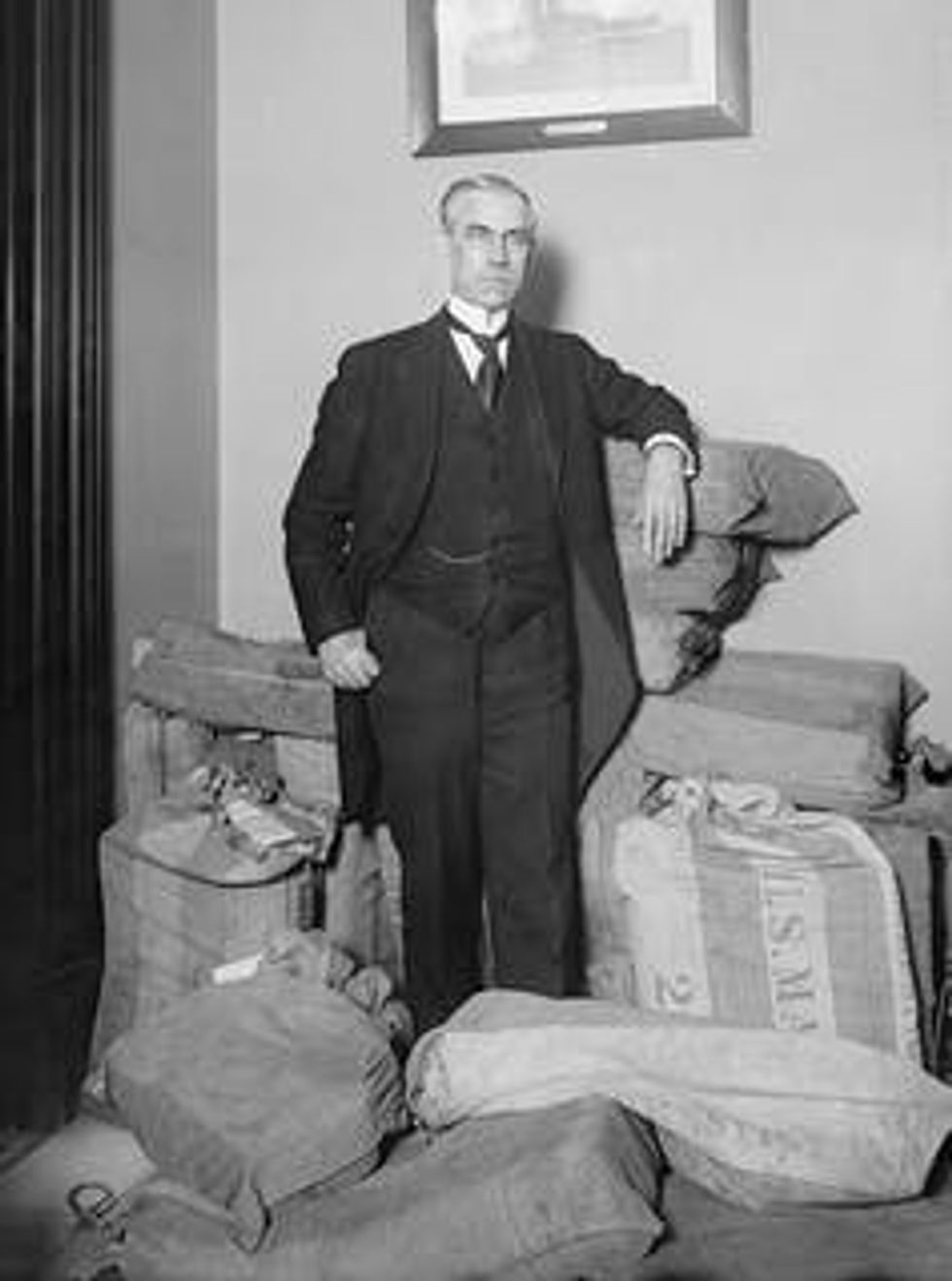 Meant in part to ease the effects of the Depression by protecting American industry and agriculture from foreign competition, the act instead helped prolong the downturn. Many U.S. trading partners reacted by raising their own tariffs, which contributed significantly to shutting down world trade.

Fortunately, the U.S. and the world learned a lesson from this experience. With the Reciprocal Trade Agreements Act of 1934 and its successors, which granted the president authority to reach tariff reduction agreements with foreign governments, U.S. trade policy came to be global and strategic. This new approach was institutionalized at the international level with the creation of the General Agreement on Tariffs and Trade in 1948 and its successor, the World Trade Organization, in 1995.

The basic principle of these agreements is reciprocity – that each country will agree to liberalize its trade to the extent that other countries liberalize theirs. The approach uses international negotiations to overcome protectionist political pressures and recognizes that trade is a global phenomenon that generates national interdependence.

The dangers of ignoring history are only beginning to manifest themselves, but they can be seen in several recent developments that bode ill for us all.

One of the Trump administration’s first actions was to withdraw the United States from the Trans-Pacific Partnership. This agreement, which was a major initiative of the Obama administration, would have created the largest economic bloc in the world by linking America’s economy with those of 11 other Pacific nations. It would also have created an American-led liberal bulwark in Asia against any Chinese challenge to the regional economic order.

Withdrawing from the agreement denied American exporters enhanced access to foreign markets and was a gift to Chinese influence in Asia. But we are only now beginning to see the longer-term repercussions of President Trump’s decision.

During Trump’s trip, the other 11 signatories of the original trade deal, including Japan, Australia, Canada and Mexico, agreed to move forward without the U.S. This is a problem for the U.S. because it means that these countries will grant preferential market access to one another, making it harder for American companies to compete in their markets.

American companies are already feeling the impact of what happens when they’re left out of a trade deal. A recent New York Times article, for example, highlights the plight of American lobster producers whose prices are being undercut by Canadian producers in the wake of a new Canada-European Union trade agreement.

If the United States is reluctant to participate in multilateral trade agreements, other countries have every incentive to do deals that exclude and even may hurt the U.S.

Trump’s ongoing efforts to renegotiate the North American Free Trade Agreement also pose potential dangers. The administration has a tendency to speak of renegotiation as if it can dictate the terms. But while Canada and Mexico may be more dependent on the U.S. than the U.S. is on them, an implosion of NAFTA would be devastating for many U.S. industries that rely on North American trade. Market analysts increasingly worry that NAFTA may not survive the negotiations. 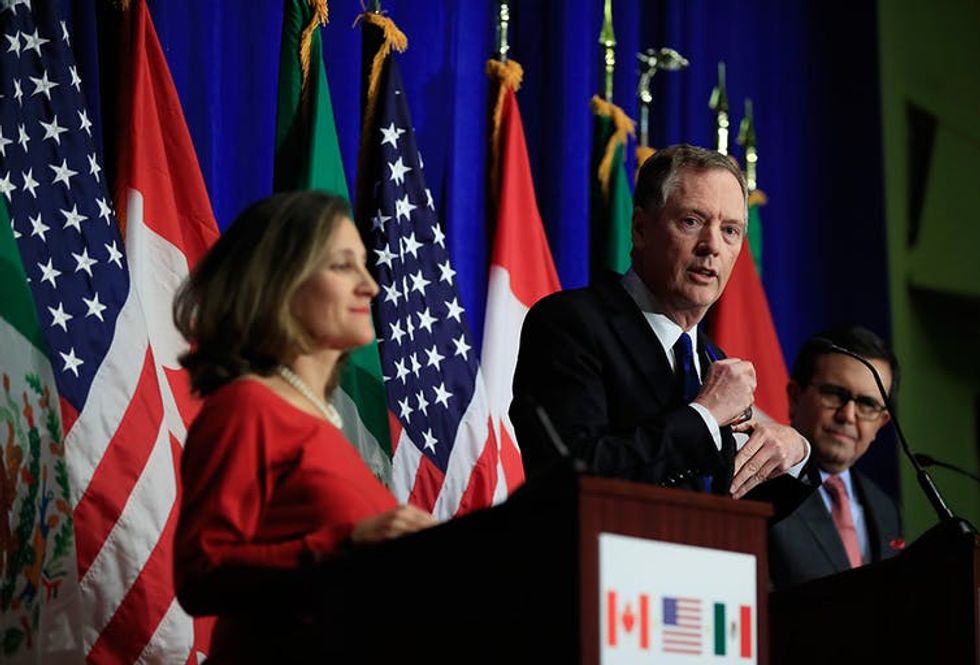 Trade representatives from Canada, the U.S. and Mexico have been meeting to renegotiate NAFTA.

In addition to withdrawing from and renegotiating trade agreements, the administration has ramped up unilateral efforts to sanction U.S. trading partners for receiving subsidies or for dumping their products on the American market.

Decisions to impose trade penalties – such as the latest steel and aluminum tariffs – risk blowback, as when sanctions on Bombardier drove the Canadian plane manufacturer into the arms of Airbus, Boeing’s top foreign rival. The imposition of sanctions on imports of solar panels is having a similar effect, damaging American panel installers and encouraging foreign retaliation.

President Trump assumes the U.S. can act unilaterally without consequences.

Economic history shows this doesn’t work. The world’s economies are far more interdependent than they were during the Great Depression, so the impact of governments all following a “my country first” trade policy – as the president said he expected world leaders to do – could have disastrous consequences.

Today, the international trade system the U.S. helped create, one based on open markets and classically liberal principles, is under threat as never before. Yet President Trump’s “America First” approach is a total abdication of the traditional U.S. role as its defender. And in fact, the president is doing his best to undermine that system.

In my final analysis, the Trump administration is reverting to a policy that is, I would argue, dangerous for the U.S. economy and for the international system.

If the U.S. abdicates as champion of the international trading system, China may be the only country that can take the reins. The question is, what would that mean for the current system of open and free markets?