'We are all embarrassed': Evangelical women are fleeing Trump and praying for an alternative before 2020 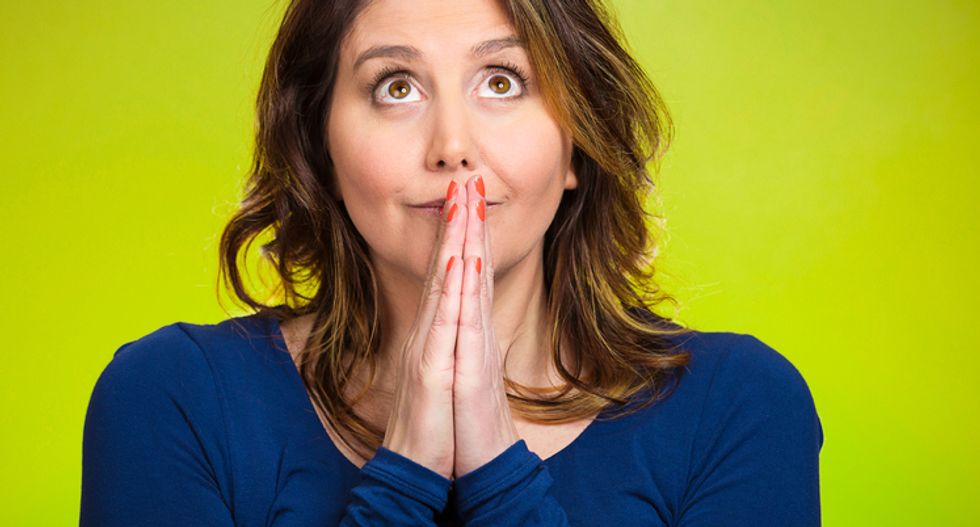 According to a deep dive into President Donald Trump's Christian base, white women who identify themselves as "evangelicals" are having a hard time stomaching the president they voted for in 2016 because they believed he shared their values.

As one woman put it: "We are embarrassed."

According to the Pew Research Center, support for Trump among white evangelical women in recent surveys has dropped from about 13 percentage points down to 60 percent, compared with about a year ago. That downward spiral is appreciably larger than the 8-point Trump approval drop among all women.

Carol Rains, a white evangelical Christian who hails from Dallas, said she still supports Trump's agenda, but wishes it was championed by someone a bit more palatable.

“I would like for someone to challenge him, but it needs to be somebody that’s strong enough to go against the Democrats,,” Rains explained as one of her friends, Linda Leonhart added, "I will definitely take a look to see who has the courage to take on a job like this and do what needs to be done.”

Like many evangelicals, the women indicated that the question of where the candidate stands on abortion is paramount when it comes to support, but admitted that Trump's "pettiness, impulsiveness, profanity and name calling" is cringeworthy.

“Certainly we are all embarrassed, but for the most part he represents what we stand for,” explained Leonhart.

According to Christian radio host Carmen Fowler LaBerge, “I don’t know any evangelical woman who is going to defend the character of the president. Many things the president says and does are things that many evangelicals use as examples with our kids of what they should not do."

Karen Swallow Prior, a professor at staunchly Christian Liberty University who claimed she didn't vote for Trump, explained that his conduct since being elected has opened many eyes, and she is pleased that some of her fellow Christians are finally seeing the light.

“Now that Trump is in office and we are evaluating his performance then, I am glad to see that people are less in lockstep and thinking critically about him as a leader, and it doesn’t surprise me that his overall support would decline from 80 percent,” she explained.

“I was one of those culture war evangelicals in the ’80s and ’90s,” she continued. “I was appalled by the candidacy and presidency of Bill Clinton. It was hammered into my mind that character mattered, and that did change when Trump came along. In some ways, I felt betrayed by my evangelical peers who taught me and cemented in me the idea that character matters. I didn’t abandon that belief. I feel like some evangelicals did.”

According to William Martin, author of “With God on Our Side,” evangelical Christians may have reached the end of their patience with Trump no matter how closely his ideology aligns with theirs.

"It may simply be that there’s not a single breaking point as much as a tipping point, the ‘Oh Lord, I can’t stand another one of these,’” he pronounced.