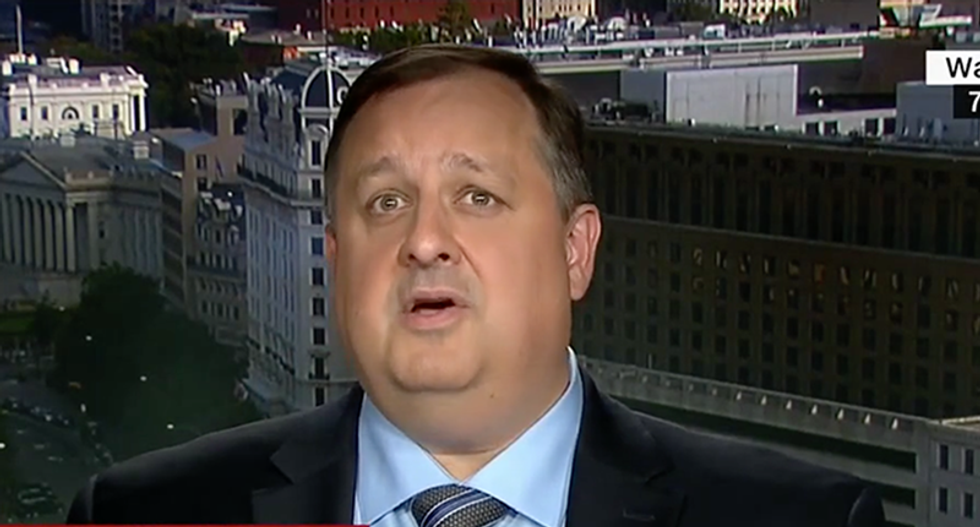 Addressing HUD Secretary Ben Carson's plan to purchase a $31,000 dining room set, host Camerota asked, "On what planet is that okay? I mean his budget was $5,000 for the entire office."

"This is the tone from the top I was worried about," Shaub -- who resigned from his position under Trump -- explained. "I said in my speech back in January, before the inauguration, I sounded the warning that tone for the top was going to have an effect on his top officials and will trickle down."

"So you've got the president spending tons of money going to Mar-a-Lago almost every weekend," he continued. "And following that example, you've got other cabinet officials flying around on luxury chartered jets, or other kinds of expenses like coins with Interior Secretary Zinke's name or the code of silence that Pruitt has installed at the EPA, straight out of Maxwell Smart."

Watch the video below uploaded to Twitter by CNN: