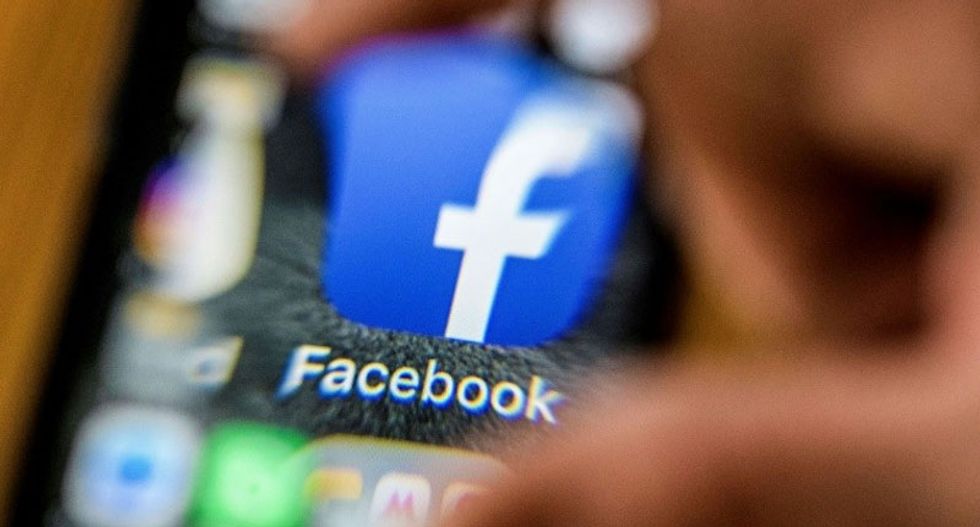 Facebook on Wednesday launched a fresh effort to quell the firestorm over the hijacking of personal data, once again unveiling new privacy tools and settings to give users more control over how their information is shared.

The new features follow fierce criticism of the social network giant after it was revealed that the personal data of tens of millions of users was harvested by a British firm linked to Donald Trump's 2016 presidential campaign.

The company acknowledged that it needed to "do more to keep people informed," but said the changes have been "in the works for some time."

"We've heard loud and clear that privacy settings and other important tools are too hard to find," chief privacy officer Erin Egan and deputy general counsel Ashlie Beringer said in a blog post.

"We're taking additional steps in the coming weeks to put people more in control of their privacy."

The updates include easier access to Facebook's user settings and tools to easily search for, download and delete personal data stored on the site used by two billion people.

Facebook said a new privacy shortcuts menu will allow users to quickly increase account security, manage who can see their information and activity on the site, and control advertisements they see.

Facebook's terms of service and data policy are being updated to improve transparency about how the site collects and uses information, according to Beringer and Egan.

The social network said it is also shutting down 'Partner Categories,' a feature which enables more precise targeting of ads by combining information from Facebook with data aggregated by outside companies such as Experian and Acxiom.

"While this is common industry practice, we believe this step, winding down over the next six months, will help improve people's privacy on Facebook."

The app was downloaded by 270,000 people, but also scooped up their friends' data without consent -- as was possible under Facebook's rules at the time.

Yet some analysts said Facebook and its chief Mark Zuckerberg have made similar promises in the past.

"The solution isn't shifting the burden to the user because the problem is the negative externalities of the business model."

Jennifer Grygiel, a Syracuse University professor of communications, said the new privacy settings and tools "are so obviously important to users that one has to wonder why this wasn't already done."

She said Facebook has "some of the best talent in the industry" and that "their old interface was not a mistake, it was by design."

"Online platforms currently lack meaningful legal incentives to protect users before their privacy is violated," Gilbert said in a statement.

Facebook's move comes as authorities around the globe investigate how the social network handles and shares private data, and after its shares have tumbled more than 15 percent, wiping out tens of billions in market value.

The US Federal Trade Commission this week said it had launched a probe into whether Facebook violated consumer protection laws or a 2011 court-approved agreement on protecting private user data.

US lawmakers are trying to get Zuckerberg to come to Washington to testify on the matter.

Authorities in Britain have meanwhile seized data from Cambridge Analytica in their investigation, and EU officials have warned of consequences for Facebook.

Facebook has apologized and vowed to fix the problem.

On Wednesday, six consumer and privacy organizations called upon Facebook to cease all campaign contributions and election activity until they ensure the integrity of all apps on the platform.

"A company whose platform is self-admittedly powerful enough to influence elections, must stay out of them," said a letter from the groups including Consumer Watchdog, Electronic Privacy Information Center and the Center for Digital Democracy.