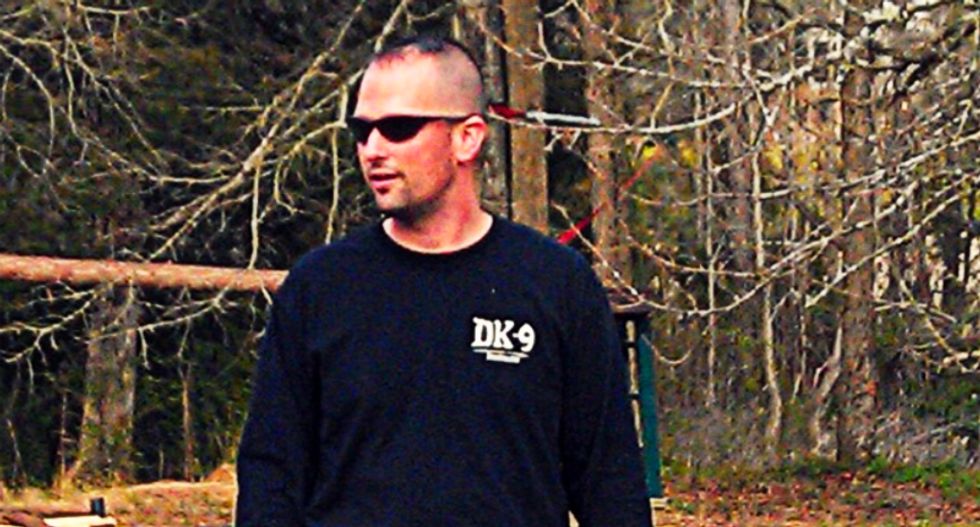 A Florida man who recently left his job as a public safety officer at the Kentucky Creation Museum has been taken into custody by law enforcement officials for possession of a cache of military grade explosives as well as weapons and silencers, reports the Miami Herald.

According to the report, Joel Ryals, 41, who also previously served as a law enforcement officer in Tampa Bay, was arrested on Wednesday after a package labeled C-4 was spotted on his property.

After obtaining a warrant, deputies conducted a search of the home and discovered 1.25-pound block of C-4 military-grade explosives and firearm silencers. Finding the explosives, sheriff's deputies called in federal Bureau of Fire and Arson Investigatons and the federal Bureau of Alcohol, Tobacco, Firearms and Explosives to assist in the arrest and help with the removal of  the C-4.

"Joel Ryals has a checkered law enforcement past, however, there is absolutely no reason for him to have this equipment," said Polk County Sheriff Grady Judd. "The military-grade explosives, materials to build bombs, and tactical equipment found in his possession are extremely dangerous. Although he posed no immediate threat to our community, he certainly could have used them for the wrong reasons."

The Florida man was charged with 14 counts of possession of explosives requiring a license after being taken into custody by federal officials in Mississippi where Ryals was conducting K-9 training for local law enforcement officials.

According to the ABC Action News, Ryals was previously employed by the Creation Museum, but stopped stopped working there in January of 2017.