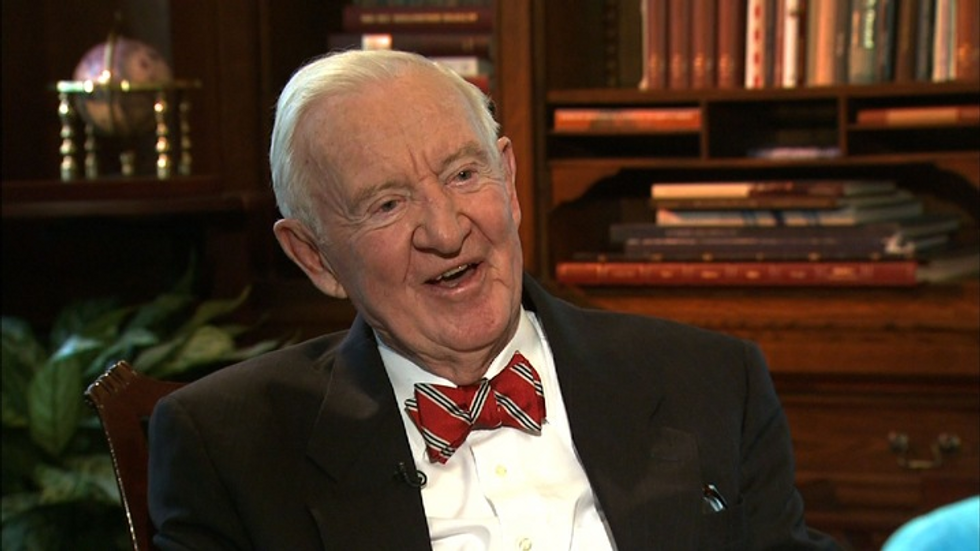 The nationwide protests inspired by the Parkland school shooting prompted retired Supreme Court Justice John Paul Stevens to call for the repeal of the Second Amendment.

Stevens laid out centuries of precedent on gun laws and explained that the National Rifle Association had twisted the long agreed-upon meaning of the amendment to promote individual gun ownership, he wrote in a New York Times opinion piece.

"Concern that a national standing army might pose a threat to the security of the separate states led to the adoption of that amendment, which provides that 'a well regulated militia, being necessary to the security of a free state, the right of the people to keep and bear arms, shall not be infringed,'" Stevens wrote. "Today that concern is a relic of the 18th century."

The retired justice said the only remedy was to repeal the Second Amendment -- and he urged youthful demonstrators to call on Congress to do it.

"That simple but dramatic action would move Saturday’s marchers closer to their objective than any other possible reform," Stevens wrote. "It would eliminate the only legal rule that protects sellers of firearms in the United States — unlike every other market in the world. It would make our schoolchildren safer than they have been since 2008 and honor the memories of the many, indeed far too many, victims of recent gun violence."