'Fortunately not a drinking game': Stephanie Ruhle mocks Betsy DeVos for repeatedly insisting 'everything on the table' with gun safety 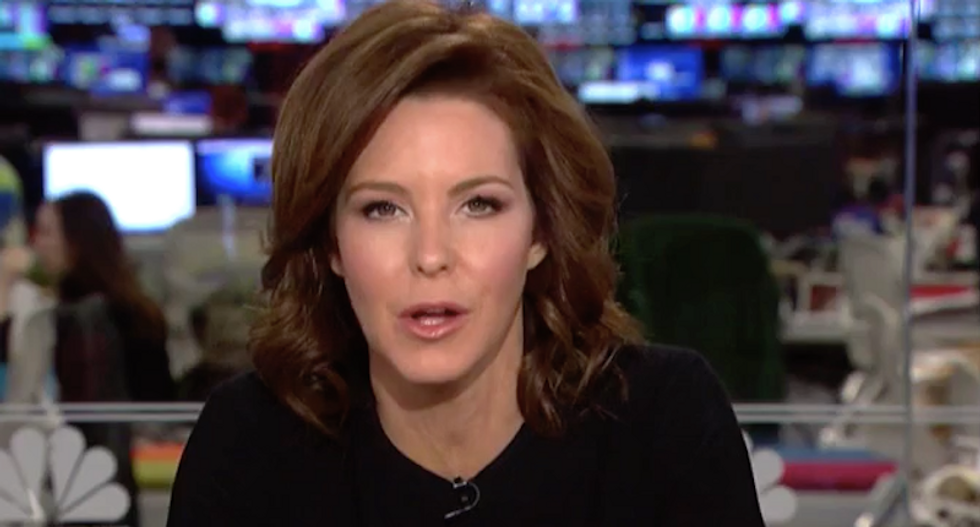 The Trump administration official appeared Monday morning on NBC's "Today," where she repeatedly insisted that "everything is on the table" but offered no specifics.

"'Everything is on the table' is fortunately not a drinking game because if it was, people would be passed out before 9 a.m.," Ruhle said. "Betsy said that all morning long."

Ruhle said the administration's proposal doesn't include a ban on gun sales to buyers under 21, and one of her guests said the Trump plan was meaningless.

"It's worth pointing out the table actually belongs to Congress and not the president," said Matt Welch, editor-at-large for Reason. "When it comes to gun policy, Trump has really flirted as an idea is signing an executive order to ban bump stocks, which I think would be questionable legally, but that's the only thing in his purview."

"One of the issues with everything being on the table is everything is next door neighbors to nothing," she said. "So Betsy DeVos went on to say that arming teachers is something they want to explore, but you already have eight states that have it. So this is what the commission is leading with -- what's the point? If states have the power to do it, this is a nothing."

The MSNBC host then questioned whether DeVos had the qualifications to lead on this issue, given how poorly she fielded basic questions about the department she heads.

"Whether we're talking guns in schools or basic understanding of how the public school system works, even if her own state of Michigan, where that's where she gets a pat on the back for all that she's done -- Betsy DeVos struggled, to put it nicely," Ruhle said. "So is she the right person to lead something this life or death important?"