Fox News' Chris Wallace calls out Trump for blaming Democrats on DACA: ‘Where has the president been?’ 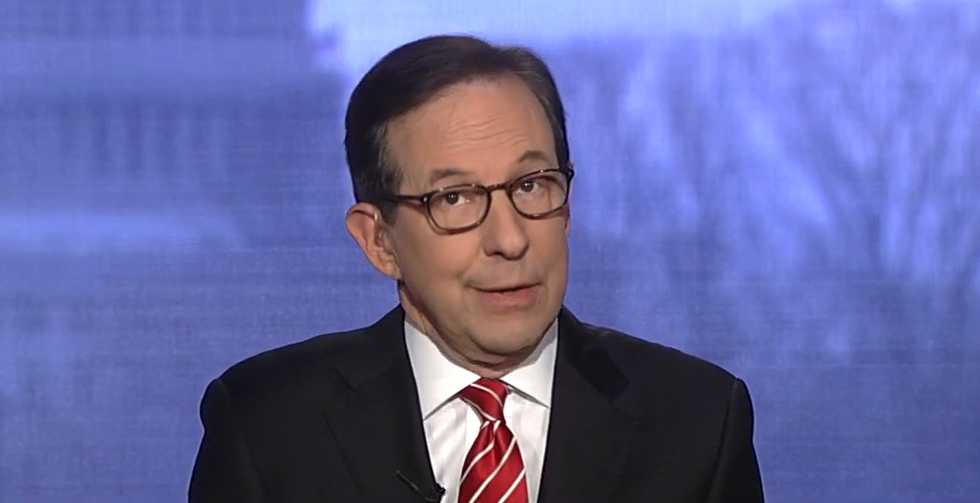 “Fox News Sunday” host Chris Wallace on Friday fact-checked Donald Trump after the president claimed the Democrats are refusing to do anything to protect DACA recipients, telling “Shepard Smith Reporting” fill-in Trace Gallagher, “you sort of wonder: where has the president been.”

Wallace was discussing Trump’s impromptu non-news conference, during which the president argued against the spending bill as he signed it into law.

“He acted today as if this was all a surprise,” he added.

Trump also used the press conference as an opportunity to blame Democrats for not reaching a resolution on DACA recipients—despite the fact that Trump has repeatedly bucked bipartisan efforts to bridge a deal on Dreamers.

“For the president suddenly to talk about DACA and the wall—Democrats came to the White House and offered the president a deal in return for protecting 1.8 million DREAMERS and people eligible for that, they were going to give him the $25 billion of spending for the wall weeks ago,” Wallace explained. “The president turned it down … You sort of wonder: where has the president been while he and his team have been negotiating for months on all these issues.”